For the first time in more than a year, I’m back using iMovie. Why? It was nothing that Splice (a GoPro product) did wrong. Just a desire to futz with the new stuff in iMovie.

So did I use any of the “new stuff”? Um, er, not really. I kinda saw that Trailer option under New Projects and thought I’d finally see what it was all about.

Basically, you pick a template and plug and play. That’s it.

Don’t worry. I won’t skimp like this in the future. It was just a feature I’d always wanted to look into. I also must admit it was interesting working from a storyboard instead of a timeline. So I did wind up learning something new.

Anywho, with no further adieu, here’s the official trailer for the (non-existent) upcoming film, being Nate.

I will admit I love the treatment of my production company name. Kinda Monsters, Inc.-ish.

I need to revisit that jester.

Jun 18
That whole feeling like the floor of a taxicab thing? It continues. Been a week now. That whole self diagnosis of uvulitis? Spot on according to the doctor I saw yesterday. She actually asked me if I had medical experience...

Jun 20
Wanna know something I haven't done in just a hair more than four months and have only done once so far this year? SNIPPETS!! So let's get some! Ripped from the headlines! Fiyah! Know someone with a 2015-era 15" MacBook... 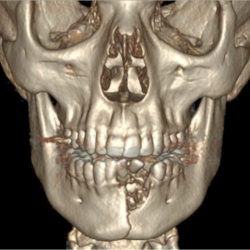 I wish my original videos turned out this good.