The big news item in the Chicago area -- that has nothing to do with violence, politics, or the weather -- is that Union Pacific steam engine 4014, dubbed "Big Boy," is in town right now. Well, not Chicago exactly. West Chicago... far to the west of the Chicago proper, but only one town east of where I live.

Today, we went out to check out all the hubbub. 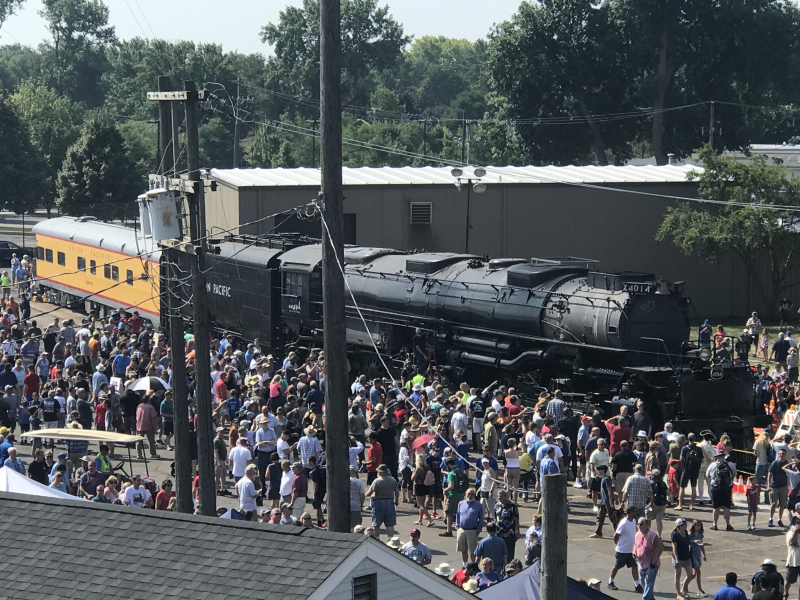 A little background on Big Boy... he's 132 feet long from cowcatcher to the end of the tender, weighs 1.2 million pounds, has 14 wheels, and can carry 14,000 gallons of water. That's insanely huge! It was built in 1941 and retired in 1961. But UP engineers spent a few years restoring Big Boy to its original glory to help celebrate the 150th anniversary of the completion of the transcontinental railroad. The engine is now traveling the entire rail from east to west and made its extended weekend stop in West Chicago starting this past Friday and continuing until Tuesday morning.

Despite the heat, it was pretty spectacular. 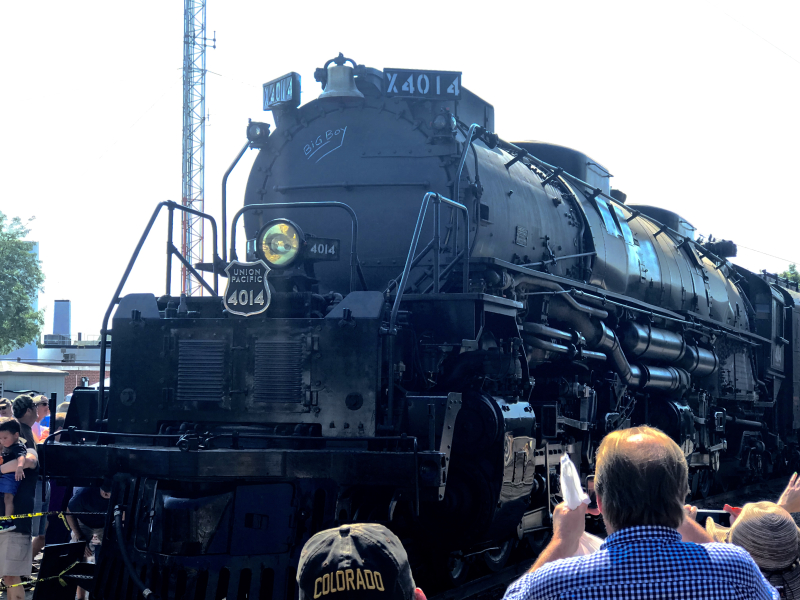 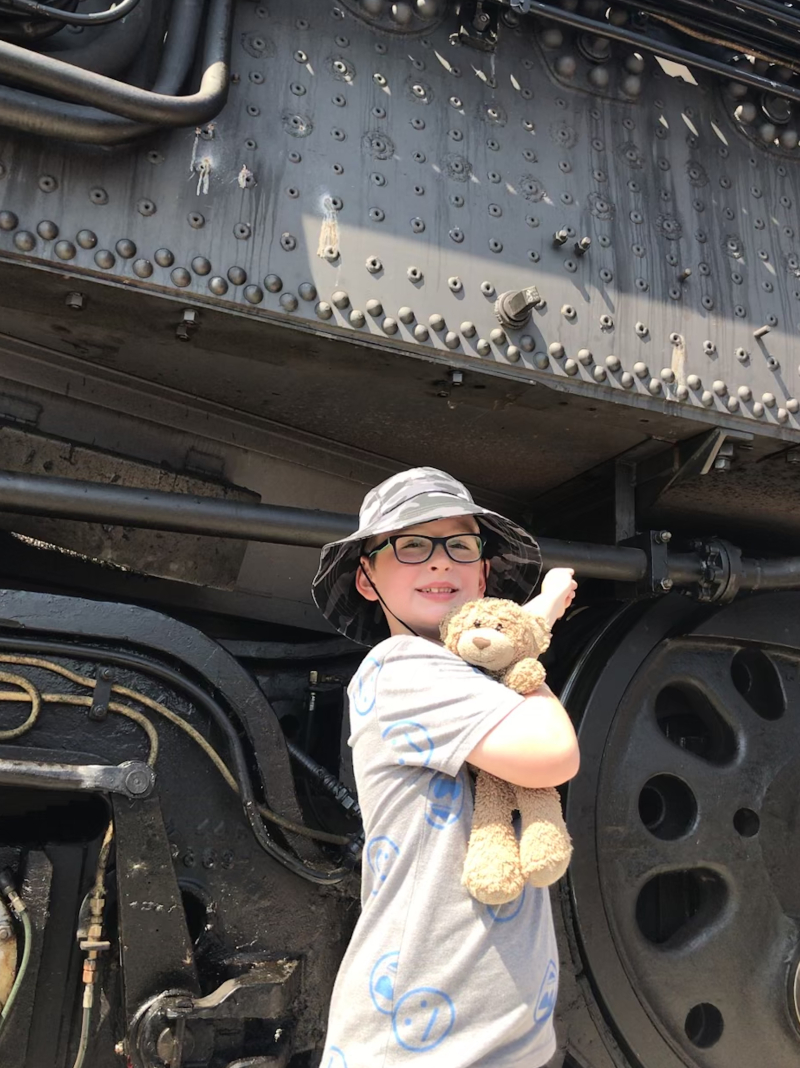 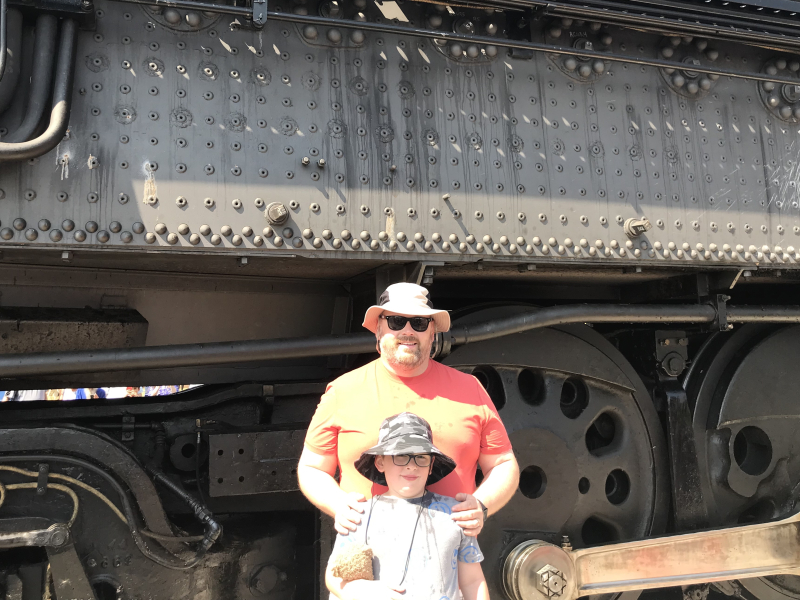 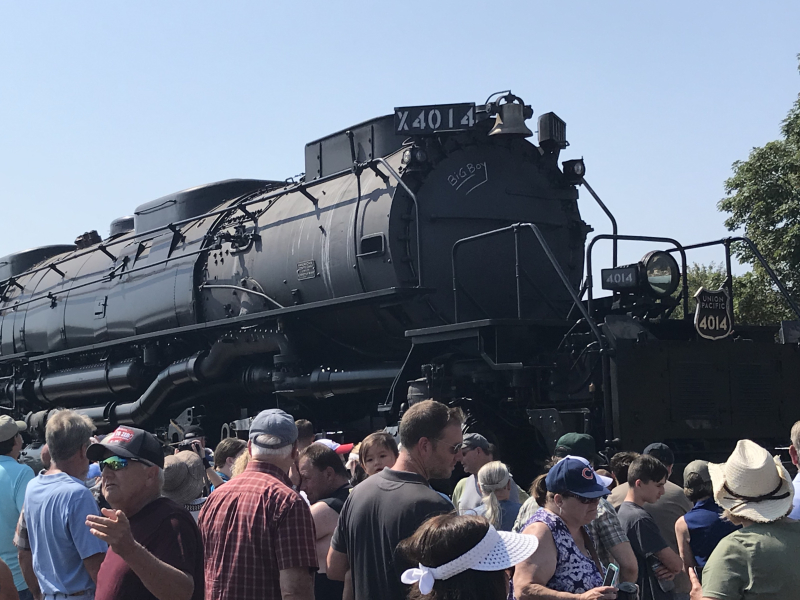 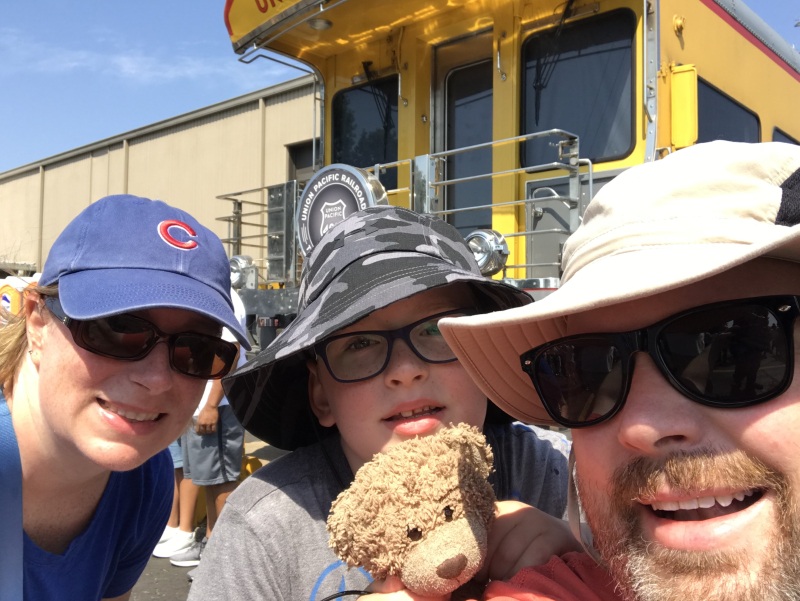 Sadly, even with something this magnificent, there's always something to ruin the affair. While crossing the bridge to go see it up close, there was a woman going the opposite direction of us. We were having trouble getting Nathan to keep moving at a quick clip because, well, he's a kid. That sort of thing happens. Anyway, this woman who was probably in her 60s starts trying to maneuver around us and muttered as she went past, "Get out in the road. That's what it's there for."

Yes, they cordoned off the side of the roadway crossing the bridge to give pedestrians more room to move because so many people were stopping along the sidewalk on the bridge to take photos from above (see my first photo above). But the people in the cordoned-off area were walking in all directions making it no easier for us out there than on the sidewalk. I decided to point this out to her.

"The people in the street are going the same direction as you. So shove it up your ass sideways," I snarled.

I don't know if she heard me or not as she kept going.

Stupid people always in a rush to get everywhere and ruin life for everyone that doesn't acquiesce to their needs. What a pain in the ass. This world would be great if it weren't for all the people in it.

Jul 27
I went to John's memorial service today. It was held in a little old church out in the middle of nowhere. If it weren't for Apple Maps, I never would have gotten there. Or back, for that matter. I had... 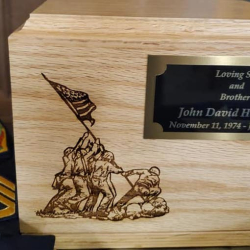 Jul 29
I hate when two people guess correctly within short order on #MiniMusicMonday and on two different social media networks. Why? Because good timestamps are practically non-existent without paying for the use of third-party software to manage it all. And, this... 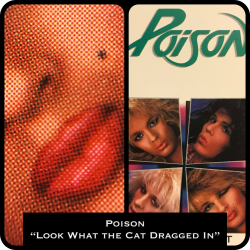