I hate when technology is on the verge of death and I play the will-it/won’t-it game trying to see if I can make it last just long enough to get through another month or two until an expected sale or whatnot.

You know what I mean?

Well, we’re doing that right now with the Blu-ray player in our bedroom. The motor spins pretty hot but it wasn’t happening often. Sometimes it gets stuck despite all the firmware being up to date.

Tonight, as we were trying to watch the final film in our Harry Potter ultra-long marathon, our player locked up no less than five times without even getting started on the movie. And the disc is in perfect shape. Not a single scratch. When the player locks, you can’t power it down or even eject the disc. So we have to unplug it to get the disc out and try again. Frustrating as hell, so we gave up...

...and found the movie on Plex.

Sure, we know Blu-ray players are inexpensive as all get out, but I just really don’t want to buy one. Especially since such a vast amount of our movie library is on MoviesAnywhere and what we don’t personally possess digitally can be found on Hulu, Roku, HBO Go, or Plex. Why even bother, right? Just more future landfill to deal with. 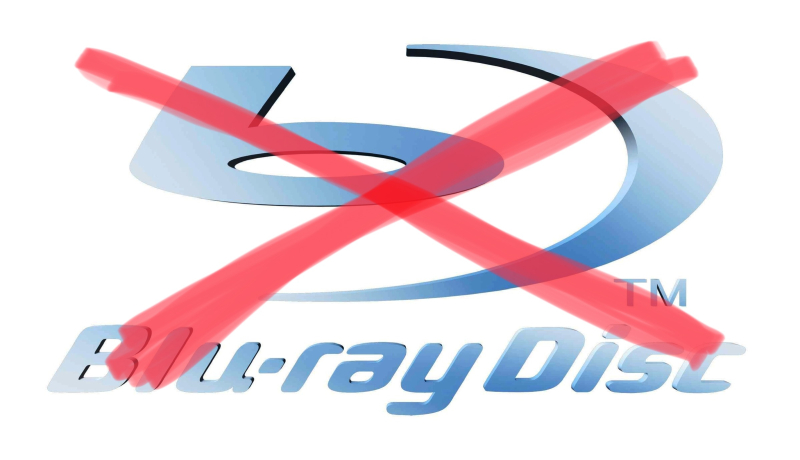 We’ll probably never totally give up on the actual media. Often times, it’s cheaper to buy the media with a digital copy than to buy the digital copy alone (I’ll never understand that). Plus you get a backup copy in case the streaming service loses the license to broadcast it. It’ll just be shelf filler.

Have any of you cut the cord on media players as well?

I've totally given up. Well, as much as I can give up. There are some shows which aren't available digitally and I still have kicking around on VHS, 8mm, LaserDisc, DVD, and BlueRay. But I am converting absolutely everything I can over to digital using Vudu Disc-To-Digital. The price is not terrible, and it saves me from having to buy new-old-tech unless I really have no other option. Blu-Ray I would probably just let die. I have 99% of it all converted. DVD could probably go too. But LaserDisc, VHS, and 8mm would be tough. Too much stuff I love will never end up digital unless I convert it myself. Right now I'm just not that motivated!

I really need to try that Vudu service especially with stuff like Tombstone and Real Genius. Expensive digital copies.