I've heard horror stories in the past about television networks denying their content to service providers. What happens is that a contract expires between, say, HBO (or its parent company) and Dish Network. So HBO is no longer beholden to previous terms and wants more money or whatever and, until Dish Network coughs up the demands or they meet somewhere in the middle, Dish can't broadcast HBO or any of its subnetworks, etc.

Ideally and most of the time, such negotiations happen toward the end of a contract period and do not roll beyond the expiration. So we, the viewers, never notice it until our bill becomes more expensive because our provider has to pay more and the cost trickles down to us or a channel moves to a higher subscriber level.

Thankfully, the former hasn't happened to me (and the latter, where a channel moves to a higher-tier plan, has only really happened with ESPN, I believe).

CBS is in the midst of contract negotiations that have extended past the deadline with AT&T. So, as of the end of this past week, we no longer have CBS or any of its affiliate stations (major affiliates were supposed to be exempted from this but it didn't happen) on AT&T, Uverse, DirecTV, and DirecTV Now. Blackout City, y'all!

I contacted DirecTV Now to complain, especially since being able to view CBS shows was one of two primary reasons we selected the service (the other being wanting to watch live TV, which is also affected by the CBS blackout) and they're giving us a credit on our service for the next two months.

Two months. That doesn't bode well for negotiations. Both are big corporations and it's not likely that one can bully the other into submission. They're gonna keep fighting and we, the viewer, will pay for it all. As we always have and always will.

Jul 20
Why do we even bother forecasting weather more than 48 hours in advance? Is there any point to it at all? 9 days ago, I started watching the weather because a massive heatwave was beginning to set in around Chicagoland... Jul 22
Stephen’s streak o’ macrodomination has come to an end with Katie’s cousin Stacey nailing it. You might have to play dirty to get this #MiniMusicMonday. See ya next week! 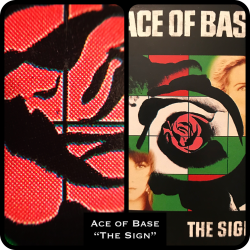 We had that happen with ABC networks and whatever the heck we were on. I thought it was Directv, but maybe it was DishNetwork. Either way? We cut the cord. Screw that.

We did Hulu for a long while, and it was great - not to mention we had ALL the channels for about $55 a month with lots of DVR storage. They were really good. Then, my credit card number was stolen and I had to get a new card. I thought I updated everything, but I forgot that one account. It sent me an email and I switched it right away - the billing literally had 6 hours of not being paid, and they deleted my whole family's storage. When I called them about it, they said "company policy, not our problem". So, I switched to YouTubeTV, and told Hulu to go take a leap. YoutubeTv has been great, and my bill went down AGAIN to only $43 a month with unlimited storage. I get all my live channels and everything, including some I didn't get on Hulu.

I did just try out the CBS network, on amazon for $3 a month for 3 months you get access to the whole online thing (I wanted to check out the Star Trek show people actually like), no contracts you can cancel whenever (same as Youtubetv or hulu). I don't think I'll ever go back to any of the Sat TV providers. Their bills are insane, and with the contracts? Nope. But don't feel limited on live TV, I got it on Hulu AND YoutubeTV, so it's there. I checked out Sling and DirectvNow, and those aren't with it yet, and Directv's version is expensive with no DVR storage (they're just not understanding their market.)

DirecTV Now is cordcut. It’s 100% streaming. But it’s still subject to contract negotiations with networks. Hulu doesn’t have CBS so that doesn’t help but we have Hulu as well as it comes free with Spotify Premium. We basically do DTV Now for CBS and Hulu for all else. We looked at YouTube TV and it was more than DirecTV Now with a price jump announced (I have a friend leaving it soon because of the jump) and there were missing channels. We also looked at a few others but we couldn’t get local network affiliates on them. I’d love to do an HDTV antenna but I’m not sure how we’d “DVR” shows. That’s the nice thing about DTV Now... we get a streaming DVR that we can watch anywhere and with how networks remove their stuff from VOD, havingnit DVR’d is nice.

I didn't realize you had DTVnow, we didn't go with them because we heard horrible stuff about them (lagging, no DVR except for the 20 hrs, which wasn't enough with Chris's soccer games recording like crazy) and then the new proposed price hikes and levels they were carving it up with so it was getting closer to their satellite service. Has it worked out otherwise?

On YoutubeTv, I just checked and yes, we're up to $49.99 a month now (with unlimited storage and remote access/VOD too from our DVR since it's all in the cloud.) Looks like DTVN is 50 or 70 a month for new customers (but they do get HBO, so there is that.) There were other channels DTVN was missing, but I don't remember what they were. Makes my head hurt trying to figure it out. Ugh.

Truthfully, YoutubeTV works good for the locals and live TV and the sports stuff my husband has to have. I watch some shows there, but I'm on Netflix and Amazon Prime a LOT. That's where I really hang out. My kids don't even watch live TV or network shows at all. They're both Netflix only, which is just weird. Office reruns. Ugh.

It’s absolutely brutal keeping it all straight. Our plan is $50/month and yes we get HBO free. But the first three months were $20 off and we were just given $15 off for the next two. So it’s been doable. We may re-evaluate when the $15 offs end. We’ll see.

We still have CBS, but no ABC affiliate or CW. The CW has been out for almost a month. (DirecTV with a dish)

I contacted DIRECTV Now last night about CW. I didn’t realize it was supposed to be available but wasn’t. They said they’re working to restore it and it should be in short order (no real timeline given). But pay attention to your CBS. It may go soon.