I've been a bit, well, numb for the last 12 hours for lack of a better way to describe it. I was on Facebook last night, which I rarely do, and saw in my updates that a bunch of my friends had posted to the WVHS In Memory page, dedicated to those from my high school who had passed away. This is never a good sign.

I clicked through and there was a repost of a statement from the father of an old friend of mine. Part of my cadre of friends, as it were. The statement read, in part...

A parent is never ready when one of their children passes away. There are no words to comfort the family. Our belief is that God always has a plan and that we trust in God to carry out His plan for our lives. My son, John, had tested positive for the mutant Huntington's Disease gene about 4 years ago. It's our belief that this played a huge part in his decision to take his own life.

I handed the phone to Katie to read. I couldn't speak. She knew John. Not very well, but we'd all hung out together a few times over the years.

We all became friends the summer of 1990 between freshman and sophomore year in high school. There were eight of us -- John, Brian, Jason, Wayne, Chris, Bill, Dan, and me. A couple others floated in and out on occasion as did a few siblings and significant others. Several of the core eight were friends already when I came along. I was pretty new to the group and got sucked in because I started playing football that year and we were all in two-a-days together that summer.

We just kinda glommed onto each other. We hung out. Went to movies. Played some tabletop RPGs (mostly just Boot Hill because we were more fans of the Wild West than we were of Dungeons & Dragons). We ditched school together. We went to Cubs games. We hung out in a pseudo nightclub John created in his family's basement (years later when we could all drink legally). We camped out in John's backyard. We TP'd houses. We launched water balloons with a three-man slingshot. We did it all. And it was fun.

But time moves on. We semi-moved on. College happened for many of us. The military happened for John. Some of us got married. A couple got divorced. Kids entered the picture. But John was always there. Until he wasn't.

Things happened that made John cut off all his ties with the group. Changed cell phone, changed job, changed email, canceled social media accounts. That was about a decade ago. I never saw or heard from him again after that point. No one really knows what happened. He just changed. I'd say it was his Huntington's diagnosis, but that, according to his dad, was only four years ago. I don't know how to account for the other six. I always wanted to get back in touch with him. I just didn't. And he didn't.

I guess it doesn't really matter anymore. There's no one to get back in touch with now.

And I'm not mad that he took his own life. I'm not even moderately disappointed. I understand his decision and empathize with it completely and entirely. Katie feels the same way as I. My mom even said that if this happened to her, she'd probably do the same. So it's not anger or disgust in any way, shape, or form. It's shock. He was always such a good guy. Always smiling. Always with a handshake or a high five or a hug.

Oh, to make matters worse, two of his three sisters have also been diagnosed with HD. Including one who is married with two kids of her own. 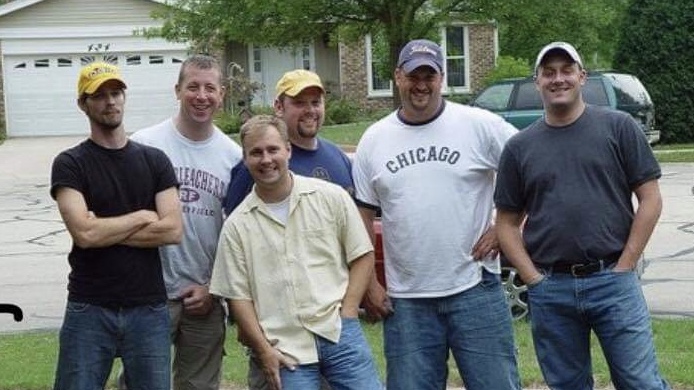 John, may you find the peace above that you couldn't below. Love ya, brother. And may a cure be found before anything happens to your sisters. Christ.

Jul 2
While I probably should’ve written about it yesterday when it actually happened, I decided to wait a day until I hit a Tu(n)esday up in here to celebrate the 40th anniversary of the cassette Walkman! 1979, folks, is when the...

Jul 4
As it’s both Independence Day here in the U.S. and a throwback Thursday, how about a couple old photos of Nathan and me from pat fireworks parties? I was hoping I had one of all three of us, but I... 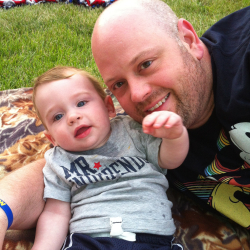 That is a moving tribute to John, Kevin. You've always had a way with words.

Thanks. Wish I didn’t have to, though.

I know, but you spoke from the heart and that speaks volumes!

Just remember, our time on this earth is fleeting. So make the most of it and make sure you spend time with family and prepare for the inevitable. It's a good thing he had no children, because if there is no wife, the children's fate is up to the state.

So sorry to hear mate.