It was held in a little old church out in the middle of nowhere. If it weren't for Apple Maps, I never would have gotten there. Or back, for that matter. I had no idea where the heck I was.

I found out from Katie that one of our old friends that we had fallen out of touch with 13 years ago would be there. I wasn't sure who else would be. Turns out very few. That I knew, at least.

When I pulled in at the church, there were tons of people in uniform. Army, National Guard, Illinois State Police.

John served our country years ago. Before junior year of high school, he enlisted with the National Guard and went into what amounted to boot camp the summer before our senior year. He did all the weekend warrior stuff. He went to Iraq as an MP in 2002. He later joined the Army and went to Afghanistan in 2012. He loved it. It was his jam. And they were all there in full regalia to honor him. They did a presentation of colors and gave the flag to his father. They also did a 21 gun salute outside the church. It was pretty amazing. 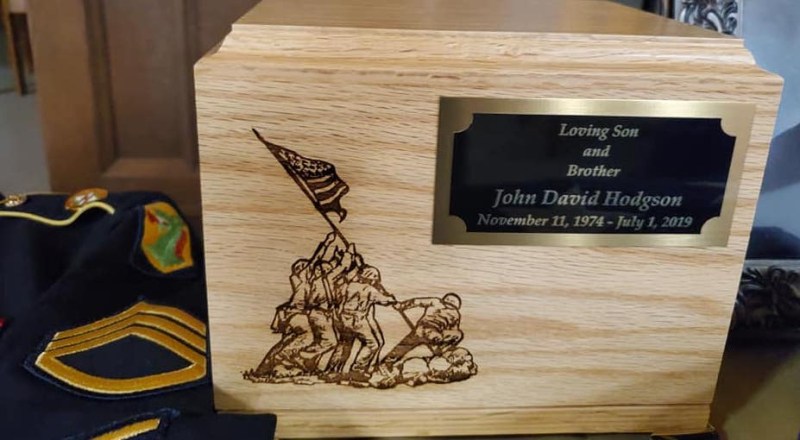 He would have loved it.

Our friend loved it.

Everyone else in attendance did.

But do you know who didn't? All the rest of our gang of friends. None of whom were there. Of all the friends featured in that photo in the post linked above, I was the only one there. Oh, and John. Obviously.

I guess I get it for some of them. Life and all that jazz. But it's not like a normal memorial service where you only have a few days to rearrange your schedule to fit it in. We had nearly a month. John died on July 1. The details of the service were announced on July 3.

I suppose I'm a little bitter. I'm the one who was last to join the gang and I was the only one there. Doesn't seem right to me. Doesn't seem fair to John. He was always the best of all of us.