In celebration of the 50th anniversary of U.S. astronauts landing on the moon (clearly they're not buying the FOX conspiracy theory...), OREO has launched an anniversary Marshmallow Moon edition of their classic sandwich cookie. And they went all in on these things.

Still in play because it's a limited edition is the smaller package size. A square instead of a rectangle. With fewer cookies (24 cookies vs., I think, 36 in regular packaging) and no price break. But they have glow-in-the-dark elements about it which is always fun. 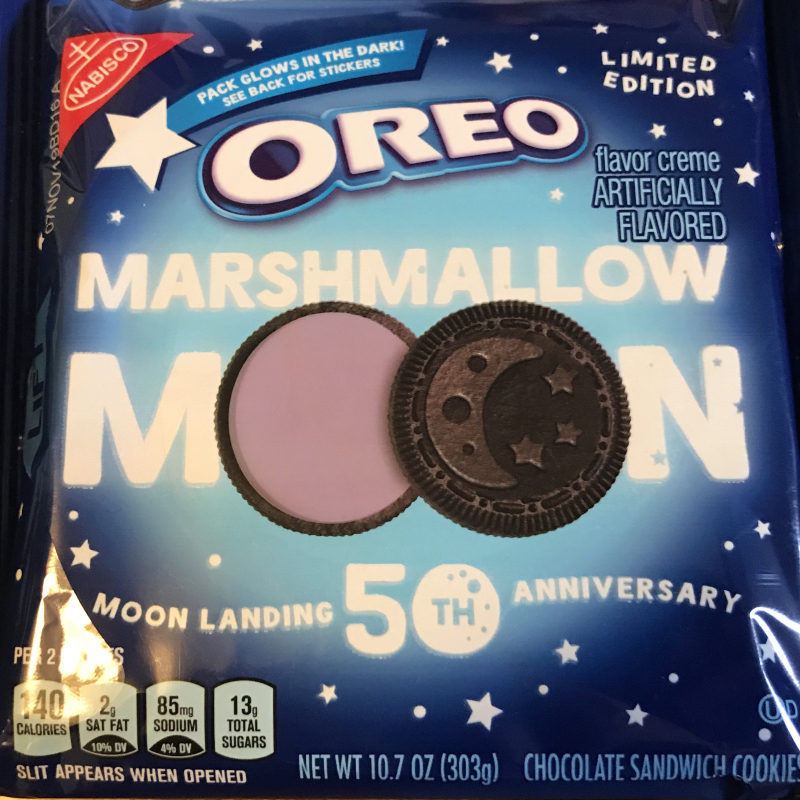 There are also three stickers on the back that you can collect. There are actually nine total stickers, so you're going to have to chase them at your local store if you're a completist. Thank the lord in heaven I am not. Not anymore, anyway. 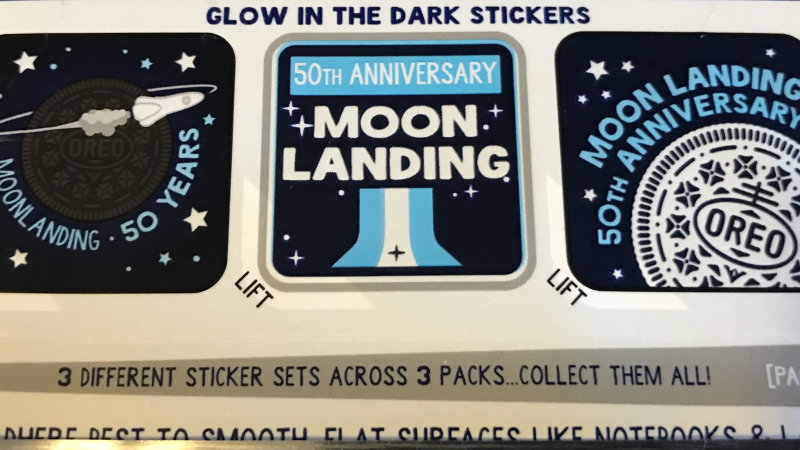 Inside, you get the classic chocolate cookie flavor but in three different pressings... an astronaut, the moon itself, and, oddly, what appears to be a space shuttle. 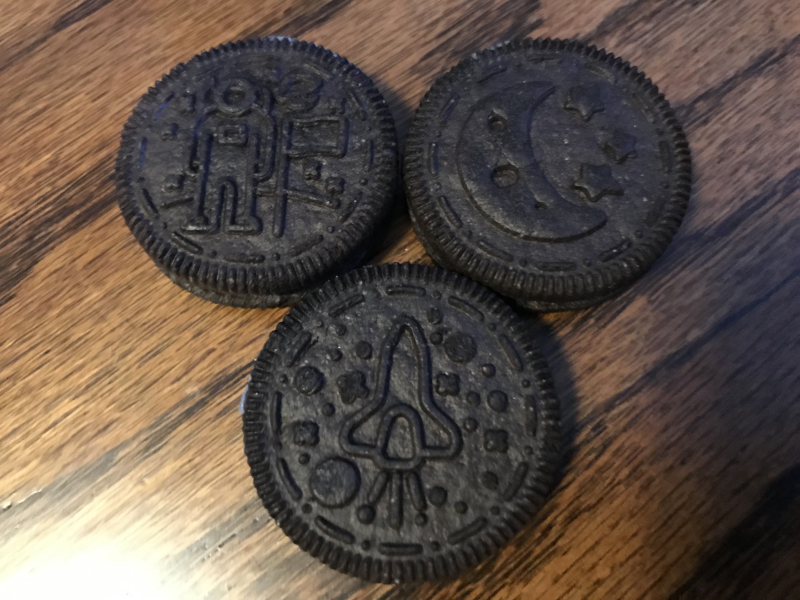 I tried to mentally discredit that by saying it's a three-stage rocket. But there's clearly no mistaking it's a shuttle... being celebrated a little more than a decade ahead of its time. Oh well. It's a tasty shuttle!

The cream itself has taken on a gray/purple hue. I had no idea why until I described the cookies to a coworker who is a space enthusiast and he said it sounds like they modeled it after the color of moon dust/rocks that were brought back by the astronauts. I guess that's cool, but it's still kinda of a weird inky color that you wouldn't normally look forward to eating. For the most part, it tastes like the standard cookie cream, but sweeter with hints of marshmallow. I didn't find the marshmallow flavoring to be overwhelming at all. In fact, it seemed way subdued compared to other OREO limited editions. But the sweetness turned Katie off. As a disclaimer, though, it takes very little "sweet" to turn her off. There are very few of these limited editions she's been able to stomach.

All in all, an enjoyable cookie! Yes, we have one more package of them. I'm going to hold off opening them for the time being, though. I have another LE I'd like to try and review. Time will tell.

Sadly, nope, I was not compensated in any way for this review. The cookies were paid for out of our shared bank account.

I miss the old days of sponsored posts. I never got nearly enough requests. Boo.