I learned something interesting from Nathan today... The Beatles, at least according to him, are not a rock ‘n’ roll band. Nope, not rock at all.

After playing a couple tracks on the radio and despite my insistence that they are considered one of the greatest rock bands ever, Nathan remained steadfast.

“Daddy, this is not rock and roll! This is country music!”

Admittedly, I’m not the world’s biggest Beatles fan, but that still hurt. Bad. I dig The Beatles but I don’t regularly seek them out. In fact, it’s probably been more than a decade or even two since I willingly played them. It’s not them, it’s me.

Whatever the case, Nathan clearly doesn’t care for them.

So I tried to come up with something he’d think is fun that he’d also consider RAWK!

I came up with “Play With Me” by Extreme on Spotify. This has always been a go-to track for me because guitarist Nuno Bettencourt is an axe god. 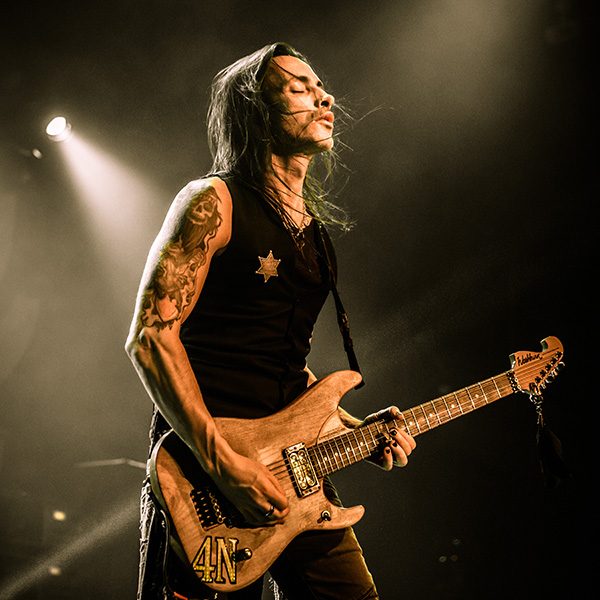 Plus the lyrics list a lot of games that even Nathan has played.

But then Spotify played the next song in the Extreme queue... “Whole Hearted”... which Nathan immediately decried as country music, yet again.

So I quickly skipped to the next track, “Get the Funk Out,” which kicks off with some raunchy bass that Nathan loved.

He really is my son!

Do you recall which Beatles songs they were? It's certainly the case that early rock and modern country have a lot of similarities. Country really started to sound more like classic rock in the late '90s. There's also the issue of how much of it is really more Pop than Rock.

Here are some of The Beatles songs that I think are less country-like and not too pop-like:

Back in the USSR
A Hard Day's Night
Twist and Shout

Note that he still may not like these as it sounds like he may have a preference for Hard Rock or even Metal.

I wish I could remember which ones but “Back in the USSR” (my Beatles standby hard rocker) was not one. Although I do think he’s a heavy metal kind of kid. There are exceptions, of course, but LEGO Batman Movie did introduce him to the genre.

Glad you posted this. If nothing else to also sheepishly raise my hand as not a big Beatles fan either. Some of their songs are good and I remember my parents playing their albums. But I can't say that I've listened to a single Beatles song by my own accord.

I’m just kidding. Glad I’m not the only music lover who feels that way.