For years, I’ve wondered if it was truly as bad as I remembered. I mean, hindsight isn’t always 20/20. Memory can be modified by the opinions of others.

With a cast that features Harrison Ford, Karen Allen, Cate Blanchett, Ray Winstone, Jim Broadbent, John Hurt, and, to a lesser degree, Shia LeBeouf, how bad can Indiana Jones and the Kingdom of the Crystal Skull really be? 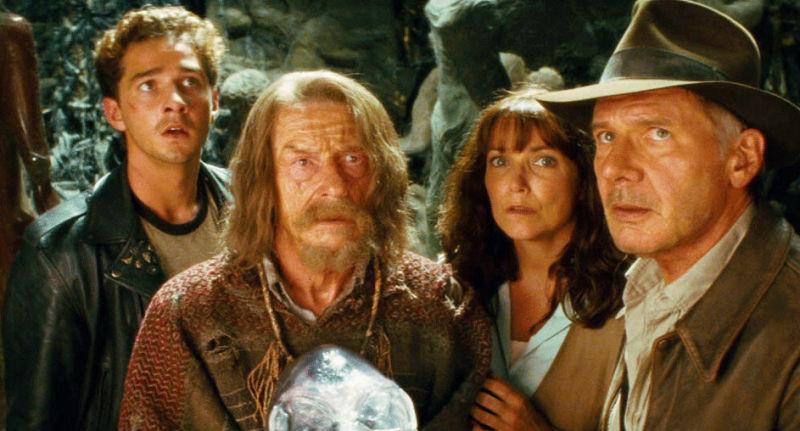 So I fired it up on Netflix and...

It was bad. Really bad. The degree to which you must suspend disbelief for this one exceeds all of the previous three films and the Young Indiana Jones Chronicles combined. The jokes are bad. The chemistry is non-existent. The story is horrendous.

Totally nuked the fridge, the series has.

And I worry about the rumored fifth film. Worry in a big way.

You can thank me later... for saving you from ever having to do it yourself.

Couldn’t agree more. Quite how this series went from Raiders (one of the best movies of all time) to this disaster is mind boggling.

http://kazza.id.au/2016/07/continued-exhaustion.html
"hen watched Indiana Jones and the Kingdom of the Crystal Skull to see if it was as bad as we remembered. It was. And then some."

Wasn’t it just horrible? I can’t believe I tortured myself like that or that both of you did.