So Katie and I have been watching our way through the first three seasons of Riverdale on Netflix. Katie finally became interested after Luke Perry’s death earlier this year. This gave me a viewing partner which makes it a lot easier to actually get through it all.

I’m a lifelong Archie Comics fan. I don’t read them all the time but I pick them up here and there. I also have gotten into a lot of the newer titles they’ve been releasing. They’re fun.

The show is ridiculous and unbelievable and crazy and... I really enjoy it.

But there are many things about it with which I have issues. First and foremost of these is the lack of consistency in how the ages of the teenaged characters are portrayed. 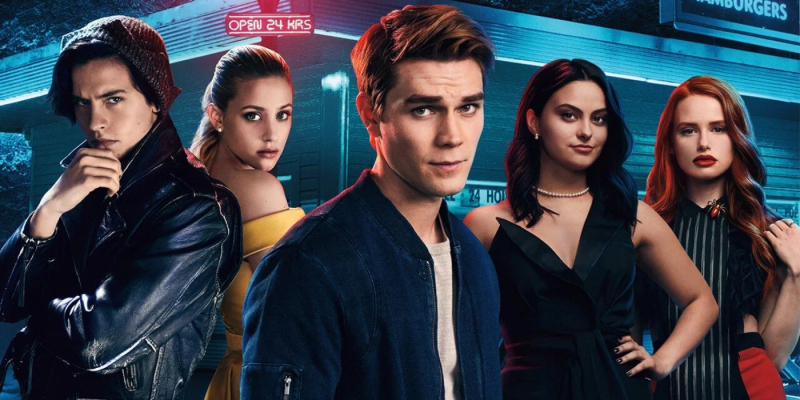 Season one begins with a description that the main characters are entering their sophomore year of high school. Season three days they’re wrapping the summer before their junior year. So seasons one and two are set in a single school year.

In that single school year, we see two sophomores (Archie and Reggie) battle it out for captain of the varsity football team that was left empty by the death of a character who would’ve also been a sophomore and was the captain of the team during their freshman year as well. What? No juniors or seniors taking offense at that?

At the end of the season, several pairings of these students are running for class president. Sure, that would be the president of their class at school only. But during this campaign period, the school has posters out only for those sophomores running. No other class whatsoever. And the pep rallies and the disastrous inauguration are only held for that class. Where is the rest of what’s going on?

There are many other issues such as why the town seems overrun with gangs comprised of nothing but high school students. Or that one of them is run by another soon-to-be junior instead of anybody older or with more experience.

Oh yeah, and then there’s the fact that all their parents were the same age as each other. Sooooo... Archie, Jughead, Betty, Veronica, Josie, Kevin, and Reggie... all in the same graduating class from Riverdale... have parents who were all in the same class at Riverdale. How in the hell do you explain that one?? A procreation pact??

Aug 15
Okay, it’s not a very far Throwback — more like a bit of a Tossback — as these photos are only from last Thursday and a family trip we took to Medieval Times in Schaumburg, IL. The once and future... 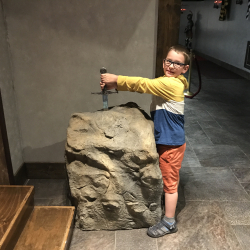 Aug 17
For years — actually more than a decade — this has been my Discover card... It always fit my personality and love of music and classic media. Even long before I got back into collecting cassettes, I loved it. People...