Tonight, I found Adrienne Shelley's brilliant and often criminally overlooked gem Waitress on TV, so Katie and I watched it. It's not like we haven't seen it before. It has just been a while so going back and revisiting it was nice.

I'm hoping you've seen it or at least are aware of it either from the film or the Broadway run of the musical version that features music from Sara Bareilles. If not, we both highly recommend it.

Katie and I have always liked the movie. It's got an amazing cast that includes Keri Russell, Nathan Fillion, Adrienne Shelley, Cheryl Hines, Jeremy Sisto, Eddie Jemison, and the late Andy Griffith.

But, like any great movie, each time you watch it, you find something new to appreciate about it. In the case of tonight's viewing, it was all the moments when Keri Russell breaks the proverbial fourth wall with her long stares and smiles at the camera as though she's sharing a secret with the audience of which the rest of her cast is not aware. And that's exactly what she's doing in voiceover.

It's an odd little thing that just makes me love the movie that much more.

Aug 26
As I expected, no one got last week’s #MiniMusicMonday challenge photo. Admittedly, it was a comparatively unknown band and album. I was more curious if anyone would, so I’m not terribly disappointed. This one is far less obscure and the... 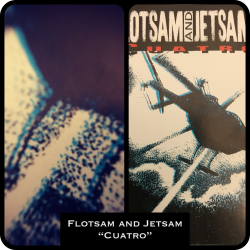 Aug 28
Remember the days of ye olde Blogroll? That master list of fellow bloggers' sites that we maintained on our sites so we not only had a one-stop recommendation shop for things we think make for great reads, but it also... 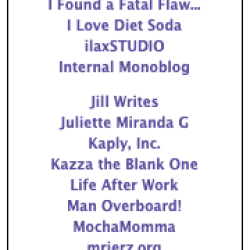 That's the Broadway play Carol and I saw in NY. We loved it!!

It would be cool to see.