It's amazing how dependent I've become on my iPhone. It does everything for me from receiving calls and text messages to playing any and all games to taking and sharing photos to verifying accounts and storing passwords to entertaining me via Spotify or podcasts or audiobooks. It does it all. And, no, I still don't have it back.

My iDependence first hit me yesterday after I dropped it off and realized I had nothing to listen to but cars and nature (mostly cars) on my walk home.

Today, I decided to work from home again so I could go and (hopefully) pick up my iPhone at noon. That meant I would have time to go for a walk after getting Nathan on the bus before I would have to start work.

This time, though, I planned ahead so I'd have something to listen to during my trek. In an old messenger bag, I found my 13-year-old iPod Shuffle. I had no idea if it would actually work as it's been years since I've even tried charging it and probably a decade since I used it regularly. 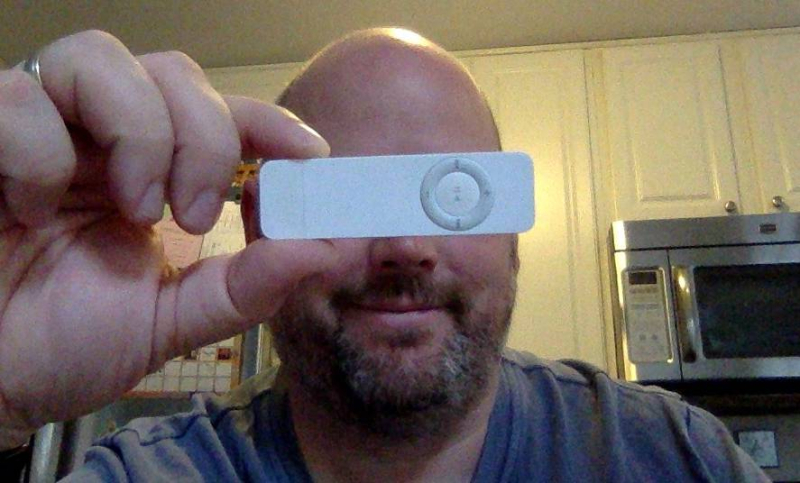 Much to my shock, it was very much alive! I guess that's the joy of single-purpose devices... less chance for it to break down. And since this thing amounts to a USB thumb drive that has probably the world's simplest operating system and a single piece of software, I guess the shock should be unwarranted.

When I plugged the Shuffle into my MBP, I discovered that it was loaded with nothing but Pearl Jam. And a ton of it. Ten, Vs., Vitalogy, No Code, Yield, Binaural, Riot Act, Backspacer, and even Lightning Bolt. So weird I actually have their most recent album on there from 2013 but not their self-titled album from 2006. I guess this means I did try using my iPod Shuffle about five or so years ago. At least to get it loaded with music. Probably to use as an alternative music source to my iPhone that was likely overloaded with crap and I needed the storage.

I took it on my walk this morning and just let it shuffle its way through a large chunk of the Pearl Jam catalog and it was glorious! Remember those days? When you'd load your iPod with a bunch of stuff and just play it at random not knowing what might play next but knowing that it would at least be something you liked? That was the best. While you can achieve the same end result with streaming media services like Spotify, it's not the same.

In case you were wondering, here's what Truffle played (yes, I named it "Truffle" as in the Truffle Shuffle from The Goonies), but not in this order:

I found mine a couple months ago. Still works! Runs out quickly, but still works!

Isn't it cool when the old stuff still works?

I found my old shuffle a little while ago too. I used to use it while running. It was nice to go out for a run and NOT have a call or text come in! I think mine still works too, actually, but it's got a strange charger. I need to dig into the scary spaghetti box of cords and see if I can find it!

Is it the little clippy one that looks like it could be a tie clip?