A friend at work shared a list of 10 Masterpieces You Have to Read Before You Die, vol. 1, from Amazon. In all fairness, it's actually one massive Kindle collection of all the books in a single file you can buy for like $1 or whatever. 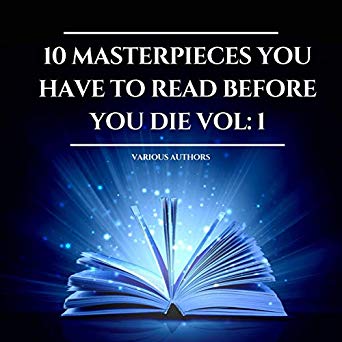 All told, I've read, in some way, shape, or form, six out of 10 of them. I've never even heard of The Innocence of Father Brown, if I'm being fully honest here, but I digress.

My question to you is do you include readings of books that you did back in school when you were basically forced to read them as a true "reading" of the book? What I mean is, when we're forced by curriculum to read something, the likelihood is that it really doesn't stick with you or have the same effect as a book you choose to read willingly.

For example, I read Shakespeare's Romeo & Juliet in high school and hated it. I read it again while I was in college and absolutely loved it. I found it hilarious. Well, minus the suicide pact bit. It was a difference of four years time and being given a different perspective from which to observe it.

So, if you read one of the above listed books back in middle school, high school, or college, does it count? Or does it have to be a willful reading of the book?

If the former, I've read six of them... Huckleberry Finn, Treasure Island, The Odyssey, A Tale of Two Cities, Sherlock Holmes, and Wizard of Oz.

If the latter, I've read two... The Adventures of Sherlock Holmes and The Wonderful Wizard of Oz (which I read earlier this year for the first time).

What say you? Any reading or willing only?

For me, reading is reading. I often find that when rereading, I get something different out of a book each time.

How often do you re-read a book? Aside from graphic novels, I’m pretty sure I’ve only ever re-read two books (Romeo & Juliet and Dune). I just find there’s too much out there to read to ever truly go back and re-read.