A few months ago, I wanted to cancel out of an Audible account I had because I had a ton of books from my work at Geeks of Doom. Why pay for books when I was getting them for free?

A problem arose in that, if you cancel your account plan, you would lose any free book credits you had amassed. And I had several.

But, for the life of me, I could not figure out what to get with them.

On a whim and based on a recommendation from a coworker, I picked up three Great Courses audiobooks.

If you’re not familiar, Great Courses is a service that records and presents some of the great teachings in modern education from the teachers and professors who originally delivered them.

I’ve known about Great Courses for years. Ever since they started sponsoring basically every podcast on planet Earth. But I didn’t want to pay for another service, so I never really looked into it.

But that interest piqued when I was told you could get them on Audible. So I did and I’m now about to start my first one... a 12.5 hour course on Buddhism by Malcolm David Eckel. 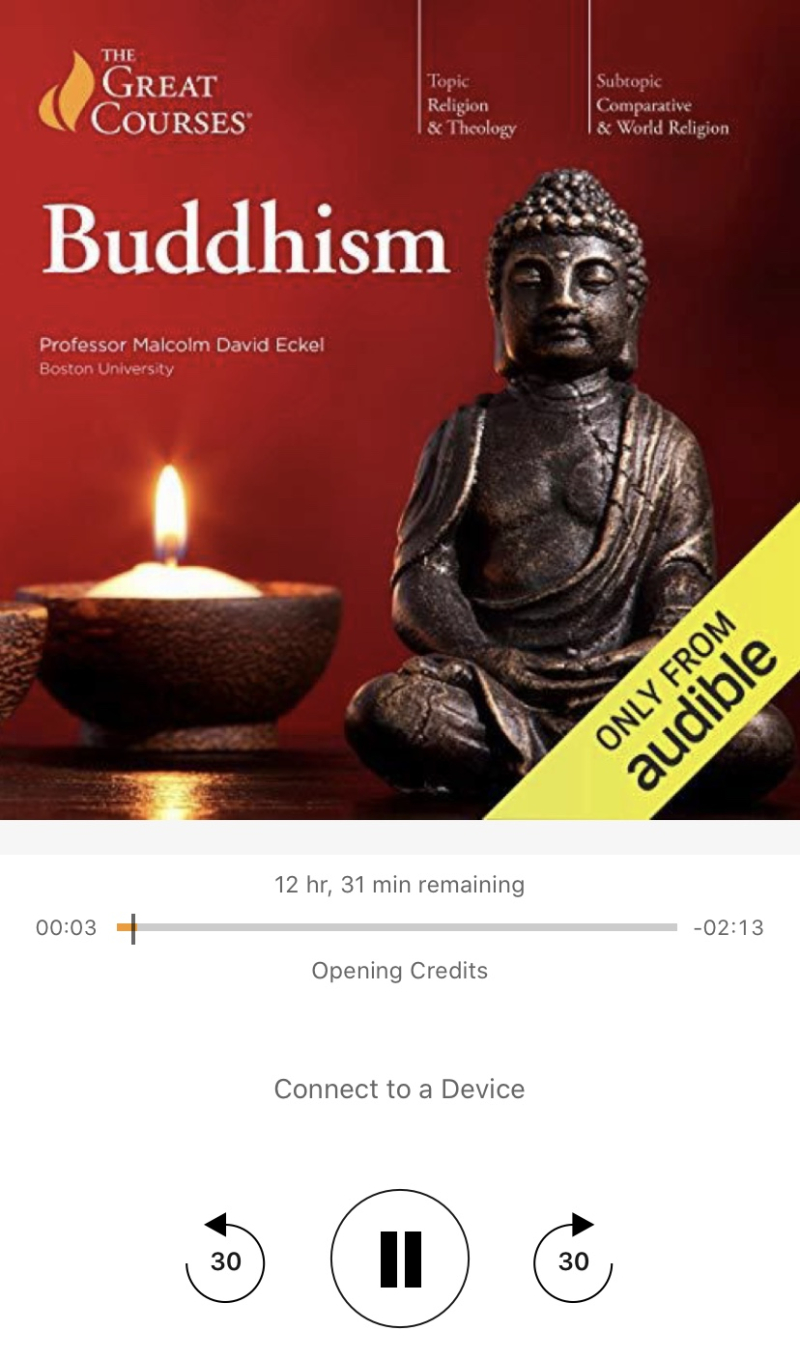 I’ve been intrigued by Buddhism since a former boss, who was born Buddhist, told me she thought my personal values and beliefs were fairly well aligned with those teachings. Much moreso than the Christian viewpoints with which I was raised.

Now I’m going to see how right (or wrong) she is.

In case you’re wondering, the other Great Courses I nabbed are The History of Ancient Egypt and The Black Death: The World’s Most Devastating Plague.