A few months ago, Katie and I discovered the Gerard Butler Fallen trilogy. For the uninitiated, they are Olympus Has Fallen (2013), London Has Fallen (2016), and Angel Has Fallen (2019) and feature Butler as Mike Banning, a Secret Service agent in service first to President Benjamin Asher (Aaron Eckhart) and then President Allan Trumbull (Morgan Freeman) as he tries to save them and others from a variety of threats both external and internal to the government.

They're completely ridiculous films. Yet Katie and I love them absolutely. They're just so much fun to watch despite how over the top they are. Kinda like the Kingsman movies. And Gerard Butler is so cool in them.

The first is about the White House being under attack, the second is about mass assassinations of world leaders at a summit in London, then it's Banning himself in trouble as he's framed for attempting to assassinate the president in the third film. The action is fantastic, watching the body count build up is too much fun, and then seeing Banning come out on top is icing.

And you'll note above that I said "the third film" instead of "the final film." That's because there's a rumor of three more films planned out for the series.

All I can say is that Butler better be back. It won't be the same without him. 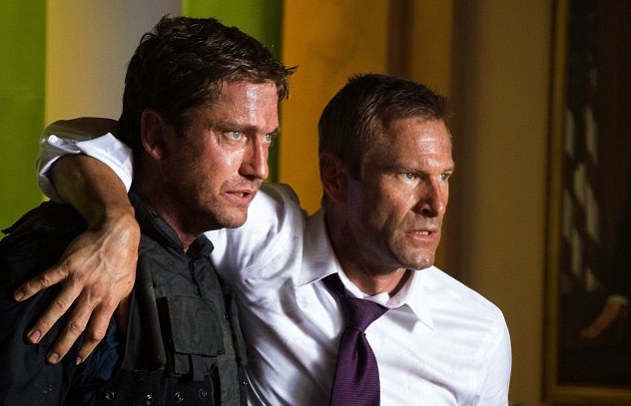 I seriously wanna have a pint with that dude. I think he'd just be a blast to hang with and drink.