A week or so ago, I took Nathan to our one and only local record store - Kiss the Sky in Batavia, IL. He's 7 and I thought it would be cool to let him experience the joy of physical media. He loved it. But that's a story for another day. 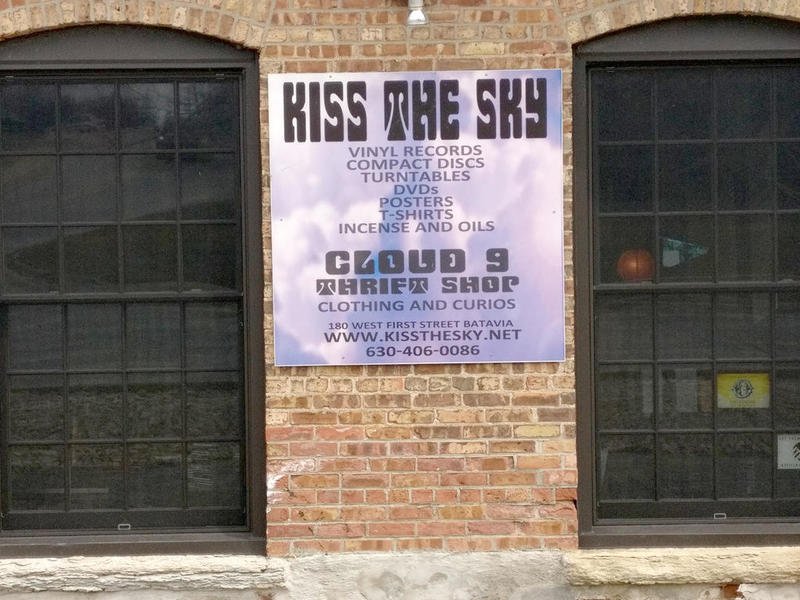 While there, I was talking with the owner, whom I've known for nearly 20 years, about music. Y'see, he had Spotify playing in the store just because he's able to set it and forget it. But he admitted that Spotify gives him a headache after a while. I agreed and went into a little diatribe about the evils of music in the digital/streaming era. Mostly how I cannot relate to music on the same level I always have because there's just too much out there and it lends itself to musical ADHD. Seriously.

Play a song, if you don't like it, find something else.

Or, worse yet, you have so much to choose from that you just can't find anything and either resort to old standards or jump ship for an audiobook or podcast (not bad alternatives, mind you, but defeats the purpose of a world of music at your fingertips). It's like that old Bruce Springsteen song "57 Channels (and Nothing's On)." My lord, was that view quaint.

Anyway, part of what I said to him was that I can listen to something, love it, and I wind up forgetting about it and, more often than not, never listen to it again. While I still love music and continue listening to it, I just don't feel the connection to it like I once did when I carried a handful of cassettes or CDs and that was all I had available to listen to at a given time. To some degree, this continued with MiniDiscs and early in the MP3 era.

This got me thinking about my Kevin's 7 (nee YEBO, nee Kapgar Awards, nee Kappy Awards... it's had a bit of an identity crisis over the years) lists. Since this is the end of the decade, I thought I'd go back through the last 10 years of music lists and see what from those lists still gets listened to now. For reasons that should be obvious, I'm not including 2019 picks. Check it:

Wow. It's kinda sad to see how few still make the cut. 85 albums over the course of 10 years, and I only continue to listen to 25 of them? And there are several I really raved about back in their time that I don't listen to at all. Click on the links on each year to see the full listings.

Have you done year-end lists? Try reviewing them and let me know how you fare in the comments. Or, better yet, make it a blog post (if you still run a dinosaur like I do)