I decided to bring back Taped for one last post this calendar year. I guess, technically, it's the last Taped post of the decade. Weird. I only realized this was the close of the decade about a week ago. I'd never considered it before that.

I've got a lot of them for you as this is most of what I've collected over the last three months. It's possible I've covered some of these already. If so, well, let's revisit all the same!

I take that back, there's one I did not include in this post but that's because it's the subject of last night's #minimusicmonday and I'd really rather not give it away that easily.

I went on an Ozzy Osbourne bender. 'Nuff said.

The first Van Halen with Sammy Hagar, the forgotten KISS live album, a West German import containing two tracks from each of the four KISS solo albums that came out in the late 70s, Collective Soul's self-titled sophomore effort, and the classic Dire Straits Brothers in Arms. I'm sure you recognize a few of these from #minimusicmonday.

Grand Masters of Rap, Technotronic, MC Hammer, DJ Jazzy Jeff & the Fresh Prince, Outkast (reissue), and JPEGMAFIA. I like some good hip hop and rap, be it old school or new, and these fit the bill perfectly.

This batch kinda runs the gamut from Prince's Purple Rain to Christina Aguilera's debut to the Super Bowl Shuffle by Da Bears and the Ladyhawke soundtrack.

This is my favorite batch, though, containing a couple of my white whale acquisitions in The Crow soundtrack and Nine Inch Nails' Pretty Hate Machine as well as a Nirvana classic and two amazing albums from The Dead Milkmen. All are fantastic and I love listening to each.

I can't wait to see what the New Year brings in terms of cassette acquisitions. You?

Dec 16
Many, many people posited many, many guesses and many, many of them were correct. Actually, they were all correct. Lots of people knew this challenge photo. In all fairness, it's a pretty damn fine album. Just remember, much like the... 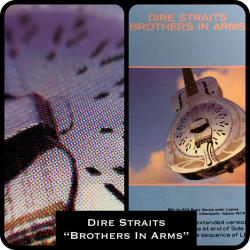 Dec 18
A few months ago, I wanted to cancel out of an Audible account I had because I had a ton of books from my work at Geeks of Doom. Why pay for books when I was getting them for free?... 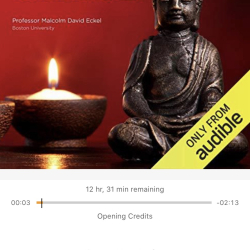 Some fine albums on display here.

Thanks, man. Happy to share with someone who appreciates them.