Before I get into this post, I need to introduce you all to Dr. David Gunkel. He is an author and professor at Northern Illinois University, my alma mater. He was also the man who taught me coding and was part of my graduate thesis committee. He's also very heavy into artificial intelligence and robotics.

I reconnected with him a few years ago on social media as he's very fond of Twitter.

Anyway, while browsing around Twitter during the Golden Globes show tonight, I noticed a tweet from him about his book, An Introduction to Communication and Artificial Intelligence... 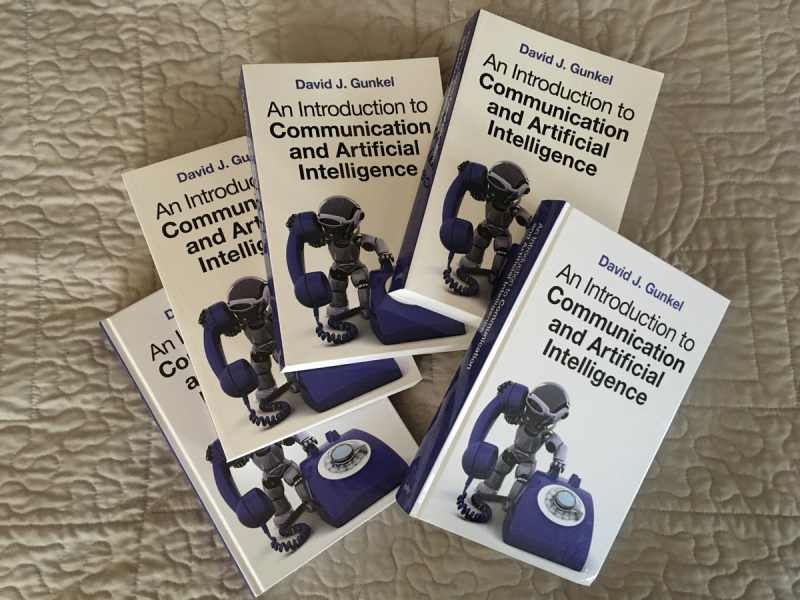 When is the audiobook — as read by Alexa and Siri in alternating chapters — going to be available? https://t.co/QEBLAmVIMt

It was just me being cute. I checked back in a bit later and saw he liked my Tweet and replied...

Oh damn...that's a fucking brilliant idea. @politybooks, get on this ASAP.

Then he wrote his own Tweet with a shoutout to me...

@kapgar comes up with a brilliant idea for the audio book version of "An Introduction to Communication and Artificial Intelligence" @politybooks https://t.co/z9zXoVs4Tt

Of course, this left me feeling all...