The other day, I opened the mailbox to find a catalog from our local toy store, Learning Express Toys. I was pretty excited to see it as, if it's not a catalog in our mailbox, it's a bill, spam, or other junk. So, yeah, I was happy to have something fun like that. I also knew Nathan would be excited to see this catalog.

That's when it hit me... he's excited about a place called Learning Express Toys. If it were my childhood, I think I'd actually be a bit depressed about that. Mostly because, as the name implies, there is more of an educational aspect to what they sell as opposed to just fun like most of the toy stores with which I grew up.

It's true, isn't it? I (and many of you) grew up with Toys 'r' Us, Kay-Bee Toys (KB*Toys), Child World/Children's Palace, FAO Schwartz, Radio Shack (higher priced toys, but still toys), and then plethora of mom-n-pop toy shops we had around over the years.

In our area, anyway, all Nathan has is Learning Express Toys.

They sell board games and creative toys like LEGO and other building items, science kits, card games, and the like. But you will not find action figures or dolls or anything like that in there, for the most part. No Star Wars (except LEGO), no Barbie, no Funko, nothing. Don't get me wrong, it's still a very cool toy store and we go there often. As I said above, Nathan loves it and that's all that truly matters. But it's just weird how differently we approach toy stores, don'cha think?

On a totally related aside (unlike my old TUAs), it's also funny to think about how little things seemingly have changed in the toy world since we were kids. I found this on Instagram the other day... 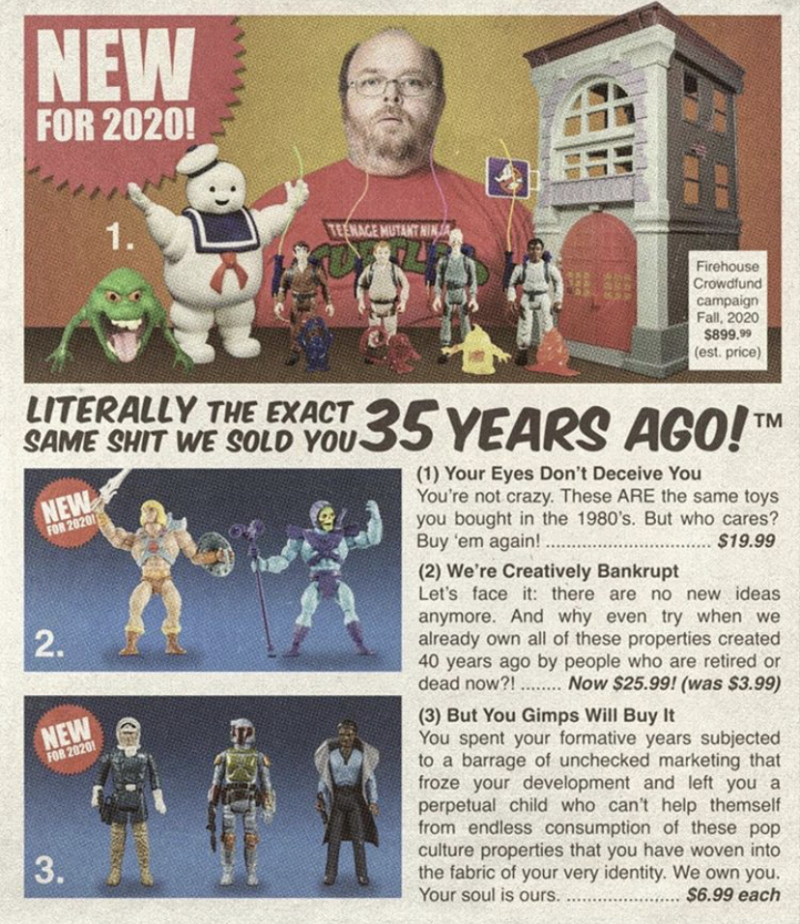 So, so, so true. And stinkin' hilarious.

Feb 25
As is becoming de rigeur this time of year, the lineup for the Pitchfork Music Festival has been released and Eric and I need to come to a decision about which day we’re gonna attend. C’mon, you should be used... 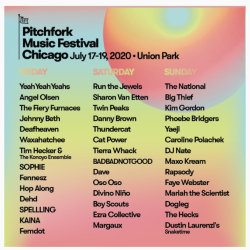 Feb 27
At Nathan’s bus stop this morning, a little girl who lives across the street and is a year younger than Nathan was showing me her little horse doll. Y’see, she brings a different toy or stuffed animal to the stop...

I miss those toy store catalogs.

They were the best!