One of my old college roommates once subscribed to the belief that to be a fan of a general concept, you must be a fan of all specific instances of it. If that reads like mud, I apologize. I couldn't think of a better way to word it.

We were arguing because I cannot stand Ronnie James Dio (RIP, man) nor any band with which he sang. This includes his time with Black Sabbath. I just can't take his voice. My old roommate tried to tell me that I cannot call myself a rock and roll fan if I don't like a rock and roll band.

I called "bullshit" on that one. And I won. Maybe not in his mind. But I did.

Anyway, I mention this because, as much of a fan of Pixar movies as I am, I feel like it's safe to say when one is just not that good. And it shouldn't affect your perception of yourself as a Pixar fan as a result.

That's how I feel about the latest film Onward about two elf brothers living in a formerly magical land trying to recapture that magic on a quest to find a gem stone that will bring their father back to life for 24 hours only. Unfortunately, they started the spell and it got broken up halfway through. Now their dad is a walking pair of legs with no upper torso. If they don't find the gem and make him whole, he will disappear and the spell can never be used again.

It was, um, weird. It had its heartfelt moments, but it just wasn't up to Pixar snuff, IMHO. And this despite the fact that I went into the movie with very low expectations. I really had no desire to see it based on the trailers. In fact, I had no desire to see either Pixar release this year, the other being Soul, I think is what it's titled. The trailers for both held and hold little to no interest to me. And Onward lived, well, down to my lack of hype.

I can't call it the worst Pixar film I've ever seen. There are others even further down the list. However, those others haven't been watched in many years and maybe have earned themselves a re-watch for the sake of fairness. I don't need that second viewing at the moment with Onward. Sorry.

Mar 7
This article fills me with rage and leaves me chalk full of bad things I want to do to people who violate his or her grammar teachings, irregardless of what you may think and say to I. So unthaw that...
Next Post

Mar 9
It was another of my favorite types of photo finishes on #MiniMusicMonday. Eric edged out Stephen by a hair with Van Halen 5150. I have one friend in particular who damn well better get this one. And quick, at that.... 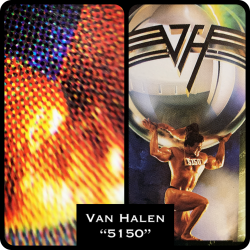