While it's true that I've seen all the Harry Potter movies several times each, there's nothing quite like watching them with your own kiddo for the first time. I know I mentioned this before, but we've moved much farther along in the series than I ever expected us to do.

We're currently through the fifth movie, The Order of the Phoenix, even though I only expected to get through the second movie, The Chamber of Secrets, before Nathan turns eight years old. He's a little twitchy about scary stuff. His ability to deal with these stories has amazed me.

But an interesting side effect of watching these movies again is that I'm starting to re-evaluate my rankings of them. No, no. Before you click over there, I have not ranked these films on my site at all. This is more of a gut reaction to these books and movies. And, up to this point, my favorite has always been book/movie three, The Prisoner of Azkaban.

There are a handful of reasons I love this book and film:

All of this added up to a great film by my estimation.

However, I've noticed that I really have started to appreciate The Order of the Phoenix, book/movie five, a lot more lately. Some of these reasons include:

Hmmm... maybe it's time to add the Harry Potter films to my Rankings page. Then, after I re-read them, I can add the books and I can also add in the Fantastic Beasts movies at some time in the future when I watch them. Could be cool. 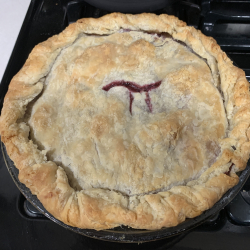 Mar 16
My buddy Kevin Spencer was quickest to the draw on last week’s #MiniMusicMonday with an A-ha album I picked up a little more than a week ago. Scoundrel Days... damn fine album. Any guesses on this week’s zoomie? All I... 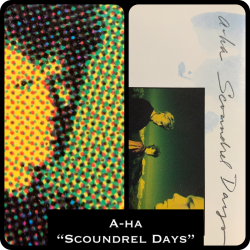 Ah, I never had the privilege of watching with my kiddos. Haven't watched any of them in a while.

What did you watch with them?