Look at that! One week, two videos! This is a quickie little video to kickoff a new series I’m dubbing Synth Adventures over on YouTube and Instagram.

You remember a week ago when I mentioned the free synthesizer app downloads? It seems a lot of people I know downloaded those apps and started posting videos of themselves playing. One guy, an artist/guitarist/vocalist/tattooist who goes by @heavy.hand on IG, is actually pretty decent and I was consequently inspired to try my own hand at them.

I have titled this first one “Ice Cream Truck From Hell” because it’s a simple five-note loop that sounds like something an ice cream truck would play... before it transforms into a giant hellhound and swallows the souls of the kids attempting to buy frozen treats!!

I think I called it “whimsical terror” or “horrific whimsy.” Both work.

Mar 24
My buddy, Blaine, posted this to Instagram yesterday. It’s a forced-WFH, social distancing bingo card and I love it. I asked him for a blank so I could play along and he posted it today. I filled it out based... 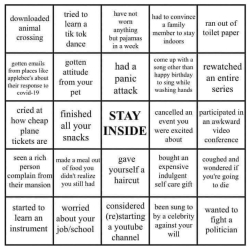 Mar 26
10 years ago today was the day that I worked a special event that featured Olympic champion Evan Lysacek returning home to Naperville, IL, to accept a key to the city with his Dancing With the Stars partner Anna Trebunskya.... 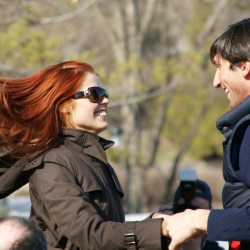 Love it. Love it so much.

Thanks, man! Appreciate it.