I'm going to be honest, I have not been a space exploration nut since I was a kid. I used to love shuttle launches and I even saw Sally Ride's first launch live. I had toy space shuttles and posters and postcards and photographs in my room until my teen years.

But, yanno how it goes. The process never changes. The equipment never changes. And some horrific mistakes happen along the way taking the lives of several astronauts and you start to lose interest in the whole thing. This is what happened to me.

So, truth be told, I had no idea a launch was going to happen today until about 20 minutes before it was scheduled to go up. But Katie gave me a call to tune in with Nathan to give him something different to watch. So I found NASA's live stream on YouTube and fired it up...

...and two of the first words I heard in the live stream? "Post-scrub."

Bummer. The launch of the SpaceX/NASA collaboration was postponed due to the possibility of bad weather. I can't fault them for it. It's such a complicated and expensive and risky process that they're smart to nix it for a day with better weather.

I guess we'll tune in this Saturday at 2:22 CST for the launch of the Falcon 9 rocket and the Crew Dragon module with astronauts Bob and Doug (Behnken and Hurley, respectively) aboard.

Yeah, "Bob and Doug"... I will admit this was the first thing that popped in my head when I heard their names... 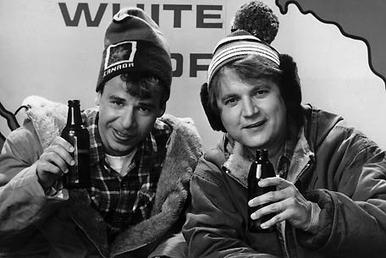 I was on a Google Meet call when the news broke that it wasn't happening today. Picture 7 people going "noooooooo" all at once.

Everybody in the YouTube chat window was the same way.

Watching Sally Ride go up was an exceptional event that I will never forget. Glad you remember it.

Hard to forget. Thanks!