A little while ago, a friend asked me if I was still skilled in the art of website design. This person, I'm certain, was looking for help in the day and age of Coronavirus cutbacks... she had lost her job and I'm guessing she was either looking to start an online consultancy in her field of expertise or just a site for self marketing.

I thought about it for a little while and, as much as it pained me, I had to decline. There are several reasons for this:

I am not skilled in the art of website design anymore

I don't have the skills necessary to create a website with all the bells and whistles that make a website modern. I'm not talking about pretty things; I'm talking functional items. My coding skills are several full (semantic) versions old and I've made zero attempt to bring them up to date and doing so would take me years of learning. Sure, I can troubleshoot bad code to a minor degree as part of my job as a website quality assurance engineer, but it's very minor. I'm paid to find the problems and try to take a guess at what might be the root cause of them, not find the bad code and fix it.

Some people might look at me and say, "But, Kevin, you talk about redesigning your blog all the time!" Yeah, I do say that. But it's not accurate at all. I throw around the word "redesign" because it sounds important and people very readily understand what it means. In fact, all I'm doing is going into my blogware, picking out a theme that someone else designed, activating it, tweaking colors and fonts, adding some pre-made gadgets to it, and applying it to my existing content. Basically, I'm picking out a paint color and slapping it on the walls after someone else builds the house.

I did the math in my head and the last time I actually designed a website from the ground up was at least 15 years ago. That's two jobs ago. I've been with my current employer for the better part of three years now and the employer before that for 11 years. Never once at either of these jobs did I do any original web development. It was my first job out of grad school where I redesigned their site twice. But their needs were minimal and any interactivity on those designs was provided by a third-party company to whom we linked externally or iFramed their pages. I created static HTML information pages because that's what I was hired, and paid, for. I had the title of "Web Developer" but I didn't really develop jack. Call a spade a spade. I don't have the equipment to do it

You wanna hear something funny? I work in the web industry and I don't own a home computer newer than 12 years old. It's Katie's old MacBook that she got back in grad school from which she graduated in December 2009. It's so old that it's running an outdated architecture that Apple hasn't supported in a decade. I can't update the operating system on it at all anymore. I think it's running Mac OS 10.6 Snow Leopard and the most recent version available is 10.15. It can't even support modern web browsers, which is the kiss of death for any potential web design work.

Right now, I have my work-issued MacBook Pro and I couldn't use it for freelance work. That would not go over well. My company doesn't have a policy against doing freelance work so long as it doesn't interfere with the work I'm required to do for them. But I'm not allowed to use company-owned equipment to do it.

Admittedly, I want to buy a Windows laptop just to have a modern machine at home that Nathan could even use for school (although I think he gets a school district-issued computer in either second or third grade so that need would be negated). But I don't have the money right now nor the knowledge of what I should buy, spec wise. Computers are hard!

I don't have the time to do it

I am amazed when I scroll through my social media feed and see people with all this time to do cool stuff during the pandemic. This does not include those people who have lost their jobs or are working on modified schedules at all. They actually do have time. I'm talking about those people who, like me, are still working full time but doing so from home.

I work 100% from home and still have a full 40-hours-per-week schedule, if not more depending on what's due to be done in a given week. The only thing I save is my half-hour commute each way each weekday. But compound my work with also taking care of and helping Nathan and that commuter time savings is blown as well as losing any other extra time that may exist in the day.

Katie is an essential frontline employee and has to go to her job five days a week. She's even put in extra time when needed. She's a freaking hero as far as I'm concerned. But it means that she's not really here to help with Nathan during the day. So I'm doing what I can to keep doing my job and making sure our son doesn't wind up some uneducated yokel.

When the weekend comes, we'd like to think we can relax and, to some small degree, we do. But we're still trying to maintain some semblance of a family dynamic or do work around the house that there's no time to do during the week.

Basically, our lives in this pandemic have not changed in terms of time availability. In fact, if anything, our schedules have become more complicated and thinly stretched.

I don't know when I'd be able to help her out.

I thought about referring a friend to help her out, someone else who has also had bad luck in the pandemic. But then I found out he also does not do web design anymore even though I swore he did. He actually admitted to me that he never did web design in the code sense like I did. Whereas the version of HTML and CSS I know is several full versions old, he never learned HTML and CSS at all. He just used a WYSIWYG (What You See Is What You Get) editor like Adobe Dreamweaver to create them visually. Mind. Blown.

I might try suggesting she start poking around in something like Wordpress or SquareSpace. I'm actually leaning more toward the latter. But the monetary investment may be a bit much given her situation. And Wordpress may be a little too daunting to someone who has never done anything of the digital design variety at all. I have issues with Wordpress that even their status as a free software package can not get past enough to sway me away from Typepad. Yes, I'd rather pay for Typepad than use a free, but frustrating, alternative.

Those are my reasons for declining the request. I hate having to do so, but I cannot do the site justice and certainly not with any sort of reasonable turnaround. To the friend who asked, I'm truly sorry. Please don't hold it against me.

May 12
I've been doing some wheeling and dealing online lately to get some cassettes I want. I finally negotiated a deal for one of my white whale tapes and was waiting for the woman on the other end to send it... 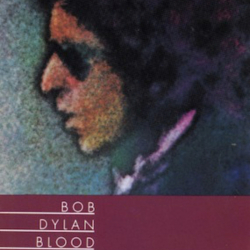 May 14
I realized something today as I went to pick up groceries, my gas tank is just above a quarter full. I may have to refill soon. For the first time in two months. I wonder if I still know how...