I’m one step closer to actually learning that TikTok dance and crossing another square off my social distancing bingo card. Yup, I actually signed up for a TikTok account. 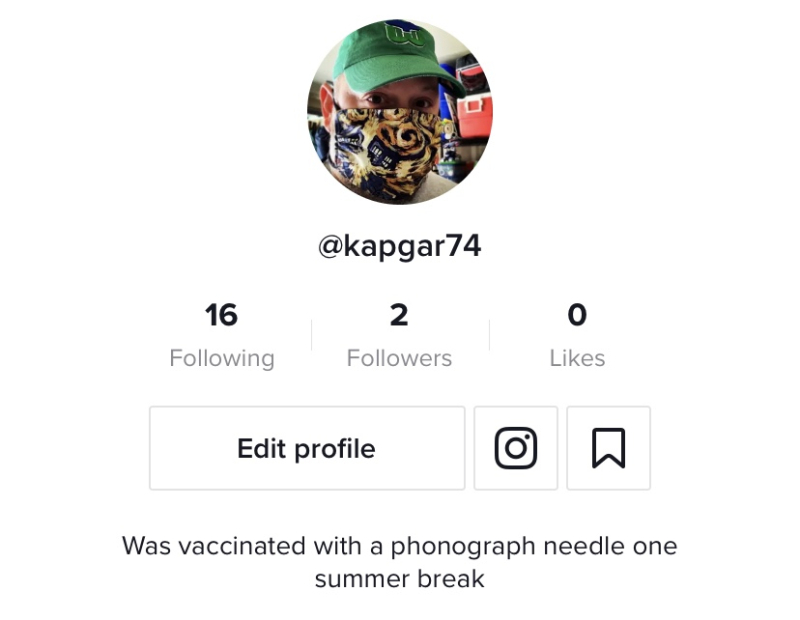 I feel a bit dirty having done it. I only did because a couple coworkers love it and we’re going on and on about how funny Gritty, the Philly Flyers mascot, is. And he truly is. I signed up so I could follow him... a freaky, furry, googly-eyed whack job of a mascot that represents a team I generally loathe (though not as much as the Canucks).

It seems weird to sign up for yet another short video service. I mean, I signed up for the Vine replacement, Byte, back in January. But that one was dead right out of the gate. I haven’t touched it since February and I never had any friends sign up.

On TikTok, I’ve already got a couple friends. And I’ve found a bunch of cool celebrity accounts including Chance the Rapper, Jason Derulo, Miley Cyrus, and Kevin Hart; a street magician named Sean Does Magic; as well as accounts for every Chicago sports franchise, save the Cubs for whatever reason.

Ah, what the heck? May as well have a little fun, right?

Posted in The Web | Permalink | Comments (3)

May 19
A little while ago, one of Katie’s many many cousins asked if we wanted to take part in a quarantine birthday video for her daughter Ellie’s 10th birthday. All we had to do was submit a simple video of us...
Next Post

May 21
Apparently, on this day eight years ago, I was really into doing Halftone cartoons featuring a LEGO Gollum. Can’t imagine why. Especially since I’ve barely even looked at it since that time. Weird. 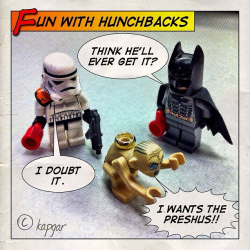 I must admit I did a complete 180 regarding my feelings about TikTok. I find it both immensely entertaining and educational. For funny I highly suggest jeffrightnow. Enjoy!

What’s the “don’t be suspicious”?