Back in January, Kevin Spencer reported to me that the comment form for my blog wouldn't render on his mobile device. He couldn't even leave a comment.

I contacted Typepad and they suggested I revert to an older version of the comments engine, so I did. Kevin reported that all seemed to be well with the world.

Within the last couple days, though, Kazza let me know she is unable to leave comments using Chrome on her Windows desktop and laptop. Well, not entirely true. She's able to fill out the comment form and submit it and the system says the comment is there. But if she refreshes the screen, it's gone. And I never receive any notification of it whatsoever.

I've contacted Typepad again to see what's what. But this is driving me nuts. The heart and soul of blogging is the interactivity made possible by two-way communication on a blog via comments. It should be something that is not nearly this difficult to get right.

Do any of the rest of you have issues with comments? Are you able to leave a comment now? Well, I guess that's a pretty stupid request. If you're unable to leave a comment, I wouldn't know now would I? It's kinda like an IT person emailing you to let you know that email is down (this happened with a former employer who shall remain nameless).

Okay, if you're able to leave a comment, please do so and let me know what you use primarily to read and comment here. Laptop/desktop/phone/tablet? Windows or Mac? Chrome, Safari, IE, Edge, or Firefox browser?

If you're unable to leave a comment, contact me on Twitter (@kapgar) or email (kevinwapgar [at] gmail [dot] com) and let me know the same stuff I mention in the paragraph above.

Related: What are your thoughts on Disqus comments? That's an option here. It would just take some work to setup. I'd be using the free option, which is ad-supported. And while I can import my existing comments into Disqus from Typepad, I cannot go the other way. So if I do not like it, I lose whatever is there. Yay? Nay?

Posted in The Web | Permalink | Comments (5)

Jun 27
45 years ago today saw the release of one of my favorite films of all time. One of those movies that truly affected my life, be it for better or for worse. That movie is Jaws. And, while 45 years... 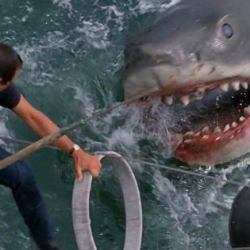 Jun 29
And, just like that, half the year is gone in a flash! Damn. Anyway, lots of people correctly guessed last week’s #MiniMusicMonday Challenge Photo but my old college buddy Harley was the first. So congrats to him! If you don’t... 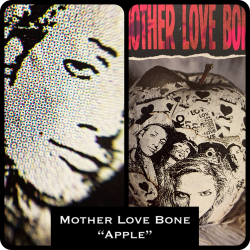 Except for that one time at bandcamp, I've not seen any other problems with your comments form.

There's something to be said about being in control of all your data. That's why I'm 100% behind the independent publishing that we still do on our own sites. While Disqus an option, if they went under or changed their terms to something you didn't like, not having an easy import path back could be a worry?

Agreed. And while I was getting excited about Disqus as a potential option, losing all that would suck. Especially if, once I export from Typepad to Disqus, I no longer have the old ones on Typepad. Be it a backup or whatnot. I guess I could just keep my exported file.

Well, I always read on Firefox on my desktop. Not sure about any of the rest, as I still don't own a smart phone.

That fact still impressed me. I didn’t know if non-smartphones still worked on modern networks.