Nathan is a YouTube junkie. How he discovered it, I'm not sure. But he's there and he's really good at navigating around and finding something to watch.

Being YouTube, though, of course I'm concerned he might find something inappropriate. So his iPad is logged into YouTube using my Google account. This way I can see everything he's searched, watched, favorited/thumbs upped, and subscribed to via my laptop or iPhone. Only once or twice have I seen something I didn't want him to watch and we sat him down and told him why and, although upset (it was a video about video games and he loves watching them, but the players curse like sailors), he did give it up.

But there's an unintended downside to this method of seeing what's what with what he watches (nice alliteration!) aside from my suggestions being way out of whack. That downside being that he really likes the videos that I post to my channel, which is also tied to my Google account. So when he gives those videos a thumbs up, it not only looks like I'm tooting my own horn, but it also deflates my already waaaaayyyy tiny fandom. I think one of my two subscribers may also be myself.

Seriously... all that work I do on videos and I've had only three, I think, in the last decade that have received double digit views. Sure, a lot of that may be because you can view the videos as embeds in my blog and I don't think those watches count. Nor do ones through embeds in social media posts. Maybe the count would be higher. Or maybe I'm deluding myself.

Either way, it's pitiful and now, as I've discovered, it's even more pitiful.

Jun 20
I need two cans of the Pamplemousse LaCroix... I need that filled with Johnnie Walker Blue and CBD oil. And thus begins an evening of watching Long Shot with Katie for like the third time. We love this movie. 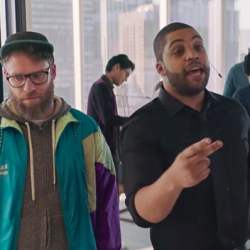 Jun 22
While it was another slim week in terms of guesses, we did get a winner! And that winner was my friend Eric R. who I had hoped would get this right if for no other reason than he’s the guy... 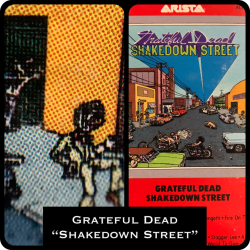