Since we, as a full family, are now through the eight-film Harry Potter series and have even watched them each at least 2-3 times, I think it's safe to go ahead and do my rankings! This should, in all honesty, be a pretty easy one to rank and likely won't ever see any updates. Oh, except for when I get around to watching the Fantastic Beasts films. Okay, one update.

In order from best film to worst...

1. Harry Potter and the Order of the Phoenix

I actually do a pretty decent job of detailing why this is a come-from-behind favorite in another post.

2. Harry Potter and the Prisoner of Azkaban

See above for how this, as my long-time favorite, was recently knocked down a peg.

It starts with one of the most heartfelt scenes in the entire series and does a good job of tugging at your heart strings throughout. However, one thing that bugged me was the fact that so many people died off camera. Some of my favorite characters never got their due. You just see them in the makeshift hospital lying there dead after all is said and done. But Neville becomes a hero!

A great way to follow a boring prior adventure. My only real issue with this is that I'm getting really tired of Ron and Harry's constant bickering. How are they best friends?? Seriously!

5. Harry Potter and the Chamber of Secrets

While it does start to get a little darker with the second film (also director Chris Columbus' second and final outing), it's still tonally lighter than the subsequent six films by a long shot. It's also a lot like watching the first season of Doctor Who's return with Christopher Eccleston where the costumes and CGI are just terrible by comparison to anything else. But we get our first real taste of how twisted a character Voldemort will become. But both this and the original do pretty well as standalone films that you can watch when they're on TV.

6. Harry Potter and the Philosopher's/Sorcerer's Stone

Yes, it's the first film and you'd think I would hold it in higher regard for that reason. But, compared to the other seven films, this one is almost too happy go lucky and full of joy and wonderment. It almost doesn't fit in with the rest. Chris Columbus did a good job of introducing people to the Wizarding World in the first two films, but nothing that comes after matches the tone at all. Still fun to watch and a good way to lead newbies into the series.

7. Harry Potter and the Goblet of Fire

This movie has always felt really rushed. It seems like the entirety of its plot is set in four distinctive days corresponding to the three Tri-Wizard Tournament events and the selection of participants. Otherwise, so much is skipped over, or so it feels. I also did not really care for the ending. Very abrupt and lacking a feeling of closure.

8. Harry Potter and the Half-Blood Prince

Aside from a really cool scene in the beginning on a totally different train platform than the 9 3/4 we've all come to love, this movie is really dry. Considering how close this movie comes to the all-out war, you'd think there might be a bit more action. Nathan does like all the Tom Riddle backstory, though. 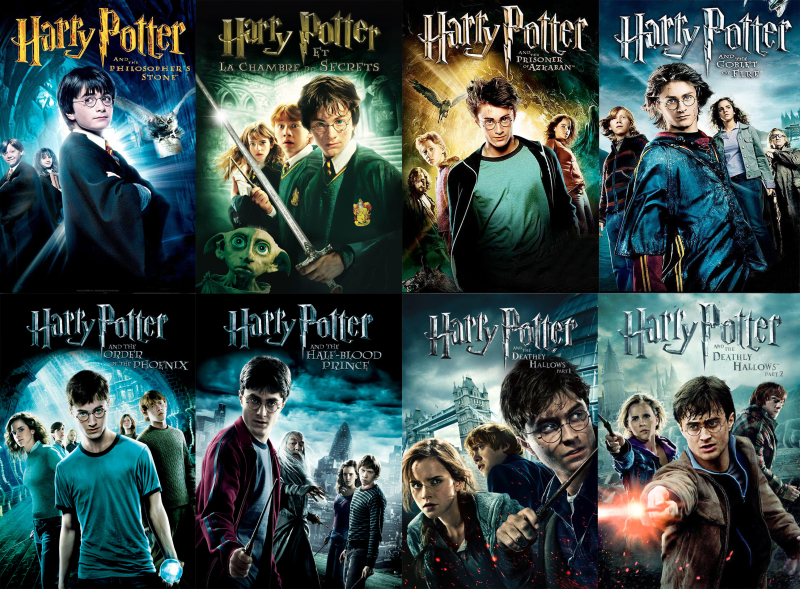