I know most of you have, at the very least, heard of the band Rage Against the Machine. They were a heavy metal/rap-rock band that started in the early 1990s and are very well known for their highly politicized songwriting. They are, IMHO, the guitar-driven equivalent of my beloved Public Enemy, although Megadeth is up there as well.

Anyway, Rage Against the Machine, also known as RATM or Rage, were in their heyday from 1991-2000 after which they disbanded. Vocalist Zack de la Rocha did his own thing while guitarist Tom Morello, bassist Tim Comerford, and drummer Brad Wilk joined with Soundgarden vocalist Chris Cornell to form Audioslave until 2007 at which point Rage reformed and toured but never released another album. They broke up again in 2011 and reformed last year... again... although their tour never happened due to COVID-19.

Guitarist Tom Morello is still very active in the music sphere. He has done solo work, guest work, pop-up concert appearances, etc. He loves it. And he's an amazing guitarist and songwriter, so I love it as well. 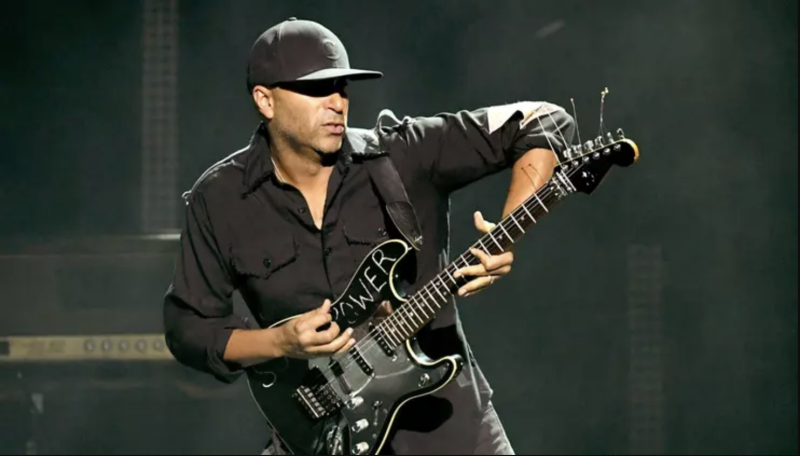 He is also equally active in the political sphere. And is, if you don't know much about him, very ANTI-Trump. He's not afraid to speak about it on social media, in concert, in his recorded music, on his guitars, in the news... anywhere. While I cannot speak for the continued activism of Comerford, Wilk, or de la Rocha, if they are still politically motivated, it doesn't even come close to what Morello contributes.

As we share similar beliefs, I follow Morello anywhere I can online. I love him, his music, and his politics.

Lots of people follow him. Many for his music; many for his politics. However, with how difficult it is to separate the two, you'd hope most of his followers are there for both reasons. On that front, it blows my mind when I read shit like this online.

@tmorello I use to be a fan until your political opinions come out. Music is my sanctuary and the last thing I want to hear is political bs when i’m listening to music. As far as i’m concerned you and Pink are completely done. Keep running your mouth and ruining your fan base.👍

Of course I retweeted it with my own response.

If you don’t want “political bs,” why the hell were you listening to RATM and Tom Morello solo stuff in the first place?? What did you think they were playing about in every. single. track?? https://t.co/rvGu4uDzxe

I don't expect a reply as I was only one voice of thousands that berated the hell out of him. Including this gem.

What "Machine" did you think he was raging against? The dishwasher?

But I will say that I pray he was being sarcastic or that this was a dare by his friends to say the stupidest thing he possibly could on Twitter. The reference to Pink in the same breath gives me additional pause with regard to his intentions. I don't get it otherwise. How can anyone be a fan of Tom Morello's music and only now realize its politically charged nature?

I'm astonished to the point where that can only be a joke right? Because how *anyone* listening to a band literally named Rage Against The Machine could not understand they're political just makes my head hurt.