Lemme lay this out... we pay for subscriptions to Netflix, AT&T TV Now, and Disney+. We have a Hulu subscription that we get for free because we have a premium Spotify account. We have Prime Video as part of our Amazon account. And we have access to the Plex home media servers of three of my friends, one of which has 1,600+ movies available.

Well, you’d only be partially right.

If we know exactly what we want to watch, it’s great. Otherwise it’s absolute hell. Having that much available with no clear sense of organization — or, at least, not one that meets our need at that given moment — makes it really impossible to find anything to watch.

What do we do? We watch a lot of the same old, same old. We’ve watched the new Charlie’s Angels a dozen times now. We dug up After the Sunset a couple nights ago. Pitch Perfect; The Hunt for Red October; rewatching the Marvel Cinematic Universe; Jumanji; Kingsman 1&2; Love, Simon... that sort of thing.

We even bought a new Blu-ray player today to be able to watch some of our old DVDs and Blu-rays that aren’t otherwise available. Yeah, both of our Blu-ray players died within the last six months and we were trying not to get new ones but decided we needed at least one.

Right now, we’re watching The Holiday on DVD because, yanno, Christmas in July!

Oh, Alex O’Loughlin... you were so young. Hawaii Five-0 aged you hard, dude!

Odette Yustman, on the other hand, clearly has a deal with the devil going.

Jul 10
Man, I’m really terrible at keeping up with these COVID Diary posts, aren't I? My goal was to get through 19 of them, for obvious reasons. At the rate things are going, I may still make that goal... even at... 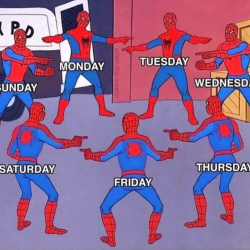 Jul 12
As a result of last night’s realization, we decided we had to try to watch something new tonight. We chose My Spy on Prime Video starring Dave Bautista, Chloe Coleman, and Kristen Schaal. The film is about a pair of... 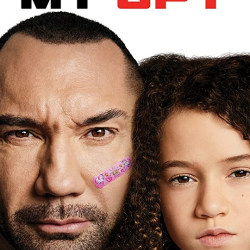 There’s an app called Just Watch that helps with finding new things to watch. When you first open the app it will have you select a few titles you like and which streaming services you have. It will then give suggestions.

It also comes in handy if you’re looking for a particular title but aren’t sure what service it’s on. They have a website as well. I wish there was a way to import my IMDb watchlist into Just Watch so it could tell me which titles are now available on my streaming services. Right now I just have to periodically check each title individually.

I’ve tried stuff like that in the past and most of the recommendations never quite worked for us. Either the new content was badly made it just didn’t fit our mood at the time. It’s like comfort food for us... we need the stuff we need, not similar. And that happens more often as we have less time for our own content with Nathan watching so much more. We need our Nathan Show Detox.