I’m going to do something that hasn’t been done here in nearly seven months. Nope, not since December 17. It’s Taped! Number 19!

Honestly, though, it’s taken that long for me to throw together something worthy of a post. 20 somethings, more specifically.

What I’ve got here combines some trades, some purchases, and some gifts. Here goes... 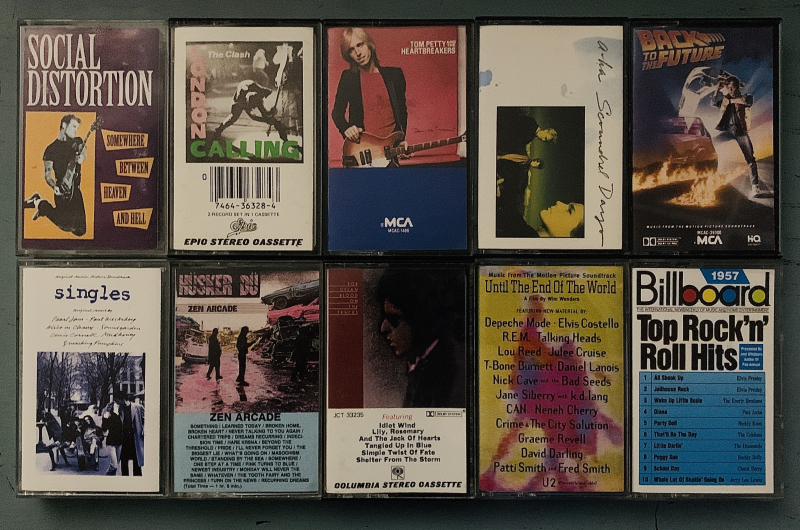 Batch 1: Social Distortion Somewhere Between Heaven and Hell, The Clash London Calling, Tom Perry and the Heartbreakers Damn the Torpedoes, A-ha Scoundrel Days, The Back to the Future soundtrack, the Singles soundtrack, Hüsker Dü Zen Arcade, Bob Dylan Blood on the Tracks, the Until the End of the World soundtrack, and Billboard’s Top Rock ‘n’ Roll Hits: 1957. 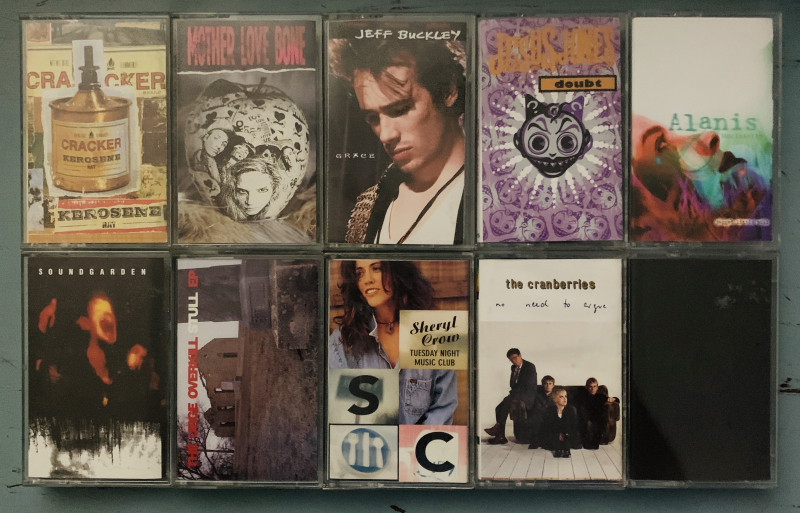 There’s some really good stuff here. A handful of them  are grail albums in my collection.

Some of them sound really good like Buckley, Dylan, Urge, Soundgarden, Social Distortion, and Sheryl Crow

Unfortunately not all of them sound quite so great. The BTTF soundtrack is pretty shot. So is London Calling. Petty could sound better, too. But such is the expectation with magnetic audio. Especially when they’re 30+ years old.

I expect it will be a while before I write another Taped post. My purchases, as I’ve noted, have really slowed down. I’m seeking only the stuff I really really want. Here’s a revision of that list linked above:

It’s always fun to shop for these. Just not during a pandemic.

Jul 6
I was happy with the turnout on last week’s #MiniMusicMonday challenge photo. Two people got it within 15 seconds of each other. Yes... seconds! But the winner was Stephen H. Sorry, Amanda. No hints this week. I don’t think any... 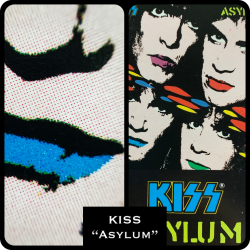 Jul 8
I've been following the news of more and more states defying Republican hopes (prayers?) and instituting vote-by-mail full scale for the November General Election. It's been very good for my heart and soul to see this happening. But it has... 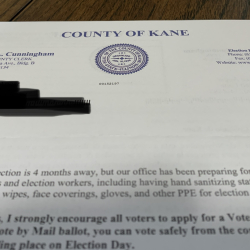