If there's one show that Nathan has watched in recent history that I've enjoyed more than any other, it's clearly Phineas and Ferb. Two brothers finding something new to do on each of their 104 days of summer vacation?

There's a hundred and four days of summer vacation
And school comes along just to end it.
So the annual problem for our generation
Is finding a good way to spend it.
Like maybe...

Building a rocket or fighting a mummy
Or climbing up the Eiffel Tower.
Discovering something that doesn't exist
Or giving a monkey a shower.
Surfing tidal waves, creating nanobots,
Or locating Frankenstein's brain.
Finding a dodo bird, painting a continent,
Or driving your sister insane.

As you can see, there's a whole lot of stuff to do
Before school starts this fall.
So stick with us 'cause Phineas and Ferb are gonna do it all.

Yeah, it's all that.

Although the show only lasted three-ish seasons (despite being set around a single summer vacation), it spawned a bunch of short videos, a Space Ghost: Coast to Coast styled talkshow miniseries, a crossover with Marvel's Avengers characters, a Star Wars homage, and a full-length movie of their own.

But, just as a gift to us fans, they're delivering another feature film direct to Disney+ that will debut on August 28... Phineas and Ferb - The Movie: Candace Against the Universe!

In it, Candace and, presumably, Isabella are kidnapped by aliens, so Phineas and Ferb and all their friends head to space to save them. What makes this different is that the kids wind up, per the trailer, teaming up with Dr. Doofenschmirtz, a character from the original series that they never really interacted with at all. The doctor only fought with Perry the Platypus' "Agent P" alter ego in a secondary storyline that ran in tandem with whatever the boys were doing in that episode. To see them all together is gonna be interesting and I'm really looking forward to it! 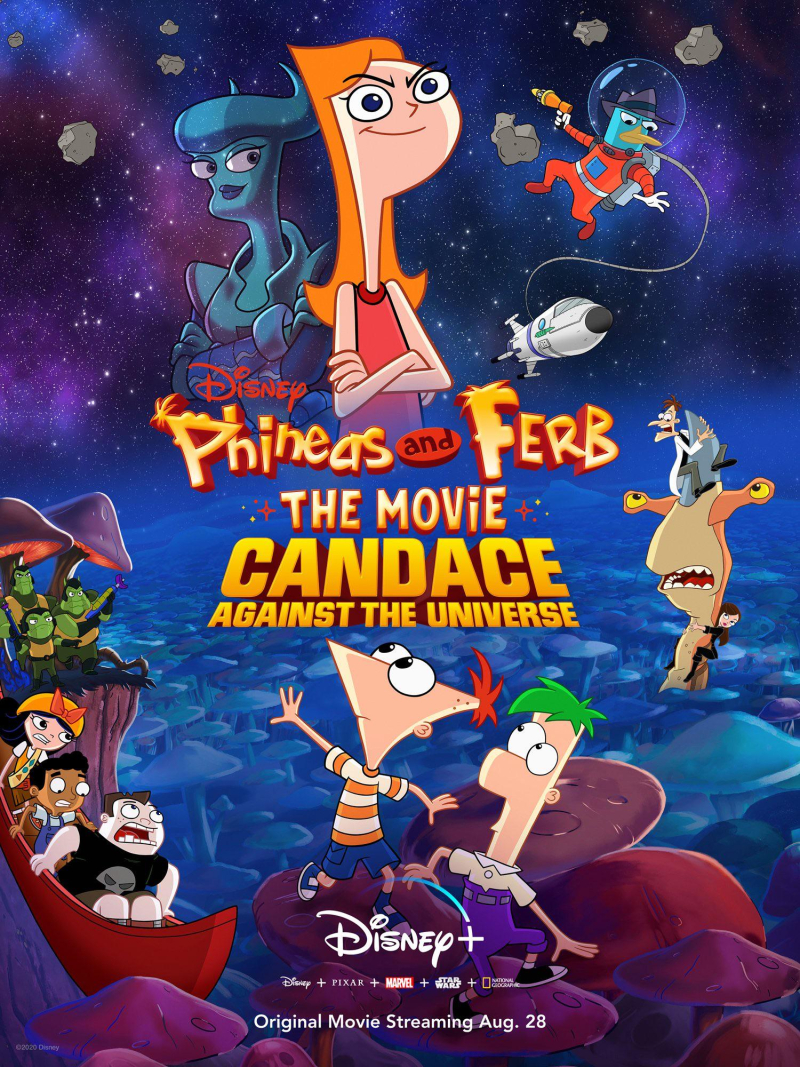