I’m not sure what to make of the iOS 14 update. I’m still trying to unpack it all. There’s some good and some bad in the little I’ve explored.

I love that I can pin my favorite six people in Messages so they always appear at the top and I don’t have to hunt them down if I go a little while without sending them a message. I love that it doesn’t matter if they’re an individual vs a group or an iPhone user vs an Android user.

What stinks is that it’s limited to six. Would’ve been easy to reduce the icon size to allow for, say, four across. Oh well.

I’m torn on the widgets on my Home Screen. They’re... okay.

I’m just not sure I want to give up all that real estate to see an expanded calendar or weather app. Maybe some day. And neither Smart Stacks nor App Libraries are doing much for me ATM.

A huge negative that only seems to be affecting Katie so far is that iOS 14 is truly vampiric with her battery life. It won’t stay charged anymore. Sure, her phone is old and doesn’t hold battery power like it used to, but it got insanely worse with this update. Magnitudes worse.

An odd thing I noticed is that the Eero app, which controls my home WiFi network, has registered each of our phones a second time. It’s almost like the update to iOS 14 created a new MAC address for the devices. I had to build new profiles for each.

I also don’t like that Apple TV Plus seemed to forget who I am. I’m logged in everywhere else on my phone without issue but Apple TV Plus treated me like a newcomer who no longer has a free trial of the service. It was annoying to have to resolve that issue.

I know there’s a lot more new stuff to unpack but this is what I’ve noticed so far. And it hasn’t truly impressed me.

Nov 7
My name in my Twitter profile has, over the last four days, changed from “So damned disappointed” to “Things are looking up” to, finally, “doing much better now... thank you.” And for good reason. I’m not expecting miracles here. I’m... 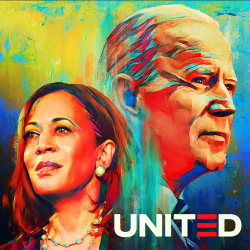 Nov 9
Not only did Marty nail this #minimusicmonday, but he taught me something. He taught me that this Sammy Hagar album, which I always thought was self-titled, has a title. And it came after the fact due to an MTV promotion.... 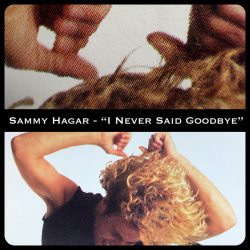 For the eero issue, I think this iOS updated added a privacy feature for randomizing the MAC address. You can disable it for a given network. I vaguely recall that eero may have specific support for this, so perhaps it already takes care of it but it still gets a different MAC address than previously.

As for widgets, I have a small calendar widget in the top left, tuned to only show my calendar. (I have a larger calendar widget over in the today view with the rest of the family’s calendars.) That small calendar widget is actually part of a non-smart stack with a couple of other widgets that act as quick access to some utilities. In the top right, I have a Smart Stack of Photos, Carrot Weather, and Activity (from my Watch). I like the auto-shuffle of it, so I see a random photo part of the time, the weather (often when I want to), or occasionally my activity circles (maybe if I’m running behind or something; haven’t paid enough attention to notice a pattern).

I’ve also taken to using the medium Siri widget below those two, which just looks like 8 app icons, but it’s the 8 Siri-suggested apps. I’ve had it that way for quite a while now and it’s fairly impressive how often an app I want is there. I’ve hidden all my other home screens so that I can swipe once to get to the App Library if what I want isn’t on that first screen. Often, what I want is surfaced pretty well there. When it isn’t, though, it is a bit frustrating figuring out exactly when to bail and just search. If I’m wanting an app that I rarely use, I typically just start with search, though I haven’t fully trained myself to do that.

I need to do some research on some of this. It’s not readily obvious how to add to Smart Stacks. Or maybe that’s the point? You don’t? I dunno. --

iOS 14 has been some levels of different for me. Mostly it has been smooth with no weird issue that have plagued previous iOS updates (normally in the form of battery drain, which this time affected Apple Watch OS 7, fixed with the OS 7.1 update).

My favorite new change is the phone call, which instead of taking up the entire screen, now is a pop up box that leave the majority of the screen open to the app you were using when the phone call came in. Of course, until you touch that small box and then it goes full screen.

Katie noticed that her 7+ battery was draining much faster with iOS 14. While you could blame the age of her phone, I suppose, the fact that it was so drastic and immediately consequent to that update makes me wonder. But it’s not an issue anymore since she now has a 12.