I follow stuff on eBay a lot. It's a morbid curiosity or "window shopping" sort of thing. I like to find stuff in which I'm interested, follow it, and see how much it winds up selling (or not selling) for. A vast majority of the time, I'm not ordering it. Just watching.

Another thing I like to do is, because a lot of the items I follow are cassette tapes, I will contact the seller to ask what the sound quality is because, more often than not, that sort of information is not included in the description. I really don't understand why not. This is a pretty vital piece of information since it's an item you would likely actually be listening to and one you need to worry about because the bare minimum age of a cassette is 20 years old right now (most mass production of cassettes ended around the turn of the millennium).

Because I "followed" the item and especially because I took the time to ask the seller a question, they obviously think that I am a prospective buyer. And it's highly likely, in order to entice me to push the button and make the purchase, that I will wind up getting an offer from the seller making the item cost less.

Yesterday, I contacted a seller about a tape. We went back and forth with messages a few times. Nice guy.

But, later that night, I looked at the stuff I was watching and noticed that he increased the price of his product. Clearly he thought he had the fish on the hook and he could do whatever he wanted while he reeled me in. Oh, and he likely figured I wouldn't notice.

This morning, I received a notification that he had sent me a private offer for almost 20% off his asking price... bringing the cost back down to what it was when I was asking him questions about it.

Maybe I'm missing something here, but this strikes me as pretty nervy. Trying to slip an increase past me and then making himself look all benevolent by offering me a private discount. I mean WTF?

Is there some sort of benefit here? Does a seller get some sort of special designation from eBay because they cater to customers by offering a discount? Help me understand this.

Nov 17
I’m really struggling right now to come up with a photography idea for 2021. I don’t want to do more macro cassette covers. I’m not sure I want to do regular macro photos. I failed miserably when I tried to... 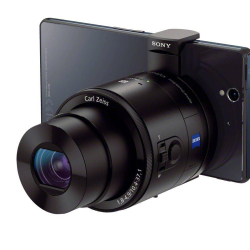 Nov 19
Like I’m sure so many parents of young ones try to do (unless you’re Donald Trump and likely don’t give a damn what your youngest son sees and hears you do), we try to limit our swearing around Nathan. Additionally,... 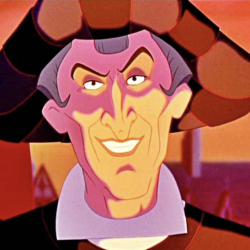 Ebay does send notifications to sellers recommending sending watchers offers and sometimes recommending a price to offer. They don't show you who the watchers are.

But is there any sort of benefit to actually giving a discount or is it just the hope that you can entice the buy by lowering the price (hoping that they didn’t notice the increase ahead of time)? eBay doesn’t give you a preferred seller designation, do they?--

Ebay is just trying to get make a sale no matter what so they can get their commission out of it.
They send notifications sometimes when you list a item on the high price similar items have went for, but later send notifications enticing you to lower the prices saying they will sell better.
I'm not supporting the cassette seller, but eBay does protect buyers far more than sellers. I've had numerous buyers ghost instead of paying,with no further communication.

I’d heard they protect buyers more. Certainly their CSRs helped me out last year when I got screwed on a Fitbit purchase. --

While I don't sell a lot on eBay, your assumption is correct in that buyers are more protected than sellers. I've had my share of sold items where I did everything right and the buyer gets to bitch a few times and I had to shell out more $$$ than the item cost to make the buyer happy to avoid being black marked.

As for your experience with this one seller, he is clearly in it for the money and not trying to build any long lasting positives with his potential buyers. The higher than normal shipping costs were one of the things that were an issue for years.

The excessive shipping is still an issue. It’s disgusting. Especially when the results page on an eBay search doesn’t clearly show the shipping cost. I hate having to go into the details page to discover that.