Today was our day to renew our insurance policies through Katie's employer. Not that we had a specific day, we just dreaded it so much that we put it off as long as humanly possible.

Katie works with insurance on a daily basis, so she understands better than most just how bad this process can be. I don't and never want to. But I did make it a point to try to help her out so I can learn it just for redundancy's sake.

So we logged in, which was a headache in and of itself. It kept declining my login on desktop, but the same creds worked on the phone. So we logged into a secondary service and, luckily, they had single sign-on (SSO) in place so we were then able to get in via that backdoor.

Then we discovered that there are now about 12 plans available as opposed to the 4-6 that there were last year. We knew it was changing, we just had no idea how much.

Next up were the contradictions in explanations and it was really kind ugly. The site said one thing, paperwork seemed to say something else or just obfuscated it enough that it sound contradictory.

Finally, there's the cost. What we changed over to only winds up coming in at about $2.24 more per pay period than what we had. And, while we're happier about the coverage we (think we) are going to be receiving, it's kinda mindblowing to look at the amount and multiply it out by 26 to find out how much we pay per year.

Jeebus. It's a lot of money. If insurance didn't cost so much, we'd be pretty well off. I think everyone would be pretty well off. It's kinda disgusting how much it all costs and, for all we spend on it, how difficult it is to make use of or sign up for or anything else regarding it. With all the money we give them, they should be able to make this the easiest thing under the sun to sign up for and use and obtain reimbursement for its use.

Nov 14
I was checking out Instagram today, getting a feel for how their user interface had changed with the most recent update, when I saw that on my profile my number of accounts I followed was a mere five less than... 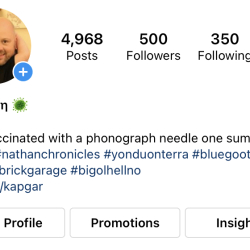 Nov 16
Ah, the rare correct guess proffered up on Twitter by Tobi (@thebitster) with the late, great Robin Williams. Oh, and after re-reading what I just said in the first sentence, "rare correct guess" is a reference to guesses on Twitter,... 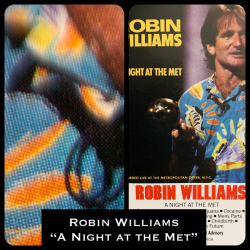 We have the same insurance company (Anthem Blue Cross Blue Shield is what my details show), and open enrollment this time was pretty much the same. Somehow they have kept the costs the same, yet every year, it appears coverage gets a bit worse. Things that I don't discover until the next year are a bit more, something isn't covered anymore, places I used to go for coverage are now off the accepted list.

There’s no “somehow” about it. The prices are kept stable because, like you said, they trim the services whether they make you aware of it or not. They’re devious about it.