...Junction, what's your function?
Hooking up phrases and clauses that balance, like.

Okay, sorry, no more Schoolhouse Rock. Though the temptation be mighty! This is about the great Conjunction in the sky... the alignment of Jupiter, Saturn, and Earth that happens every 400ish years and is theorized by Johannes Kepler as being the celestial event that guided the wisemen to Jesus' birth manger in Bethlehem.

We got to see it tonight!

Well, it was our second attempt. We tried to view it last night, but it was wickedly overcast and a bit misty and we saw nothing. But we had to say we tried.

Tonight, we almost didn't go because it had been overcast throughout the day. But about a half hour after sundown, I went outside and saw that, yes, it was overcast. Everywhere but the southwestern sky, which is where this was supposed to be most visible!

We went to a giant park near our house where, at about 50' above sea level, you hit the highest point in the western Chicago suburbs (I jest... not really), popped out our phone cameras and the SkyView app, and watched.

It started off behind some remainder cloud cover, but once it appeared, it shone! And it was so amazing. I apologize for how little justice these pictures do it. 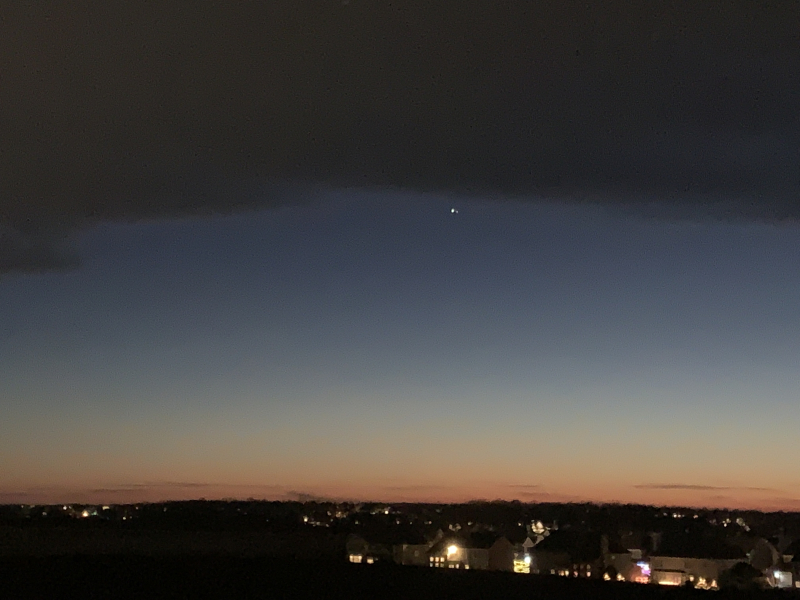 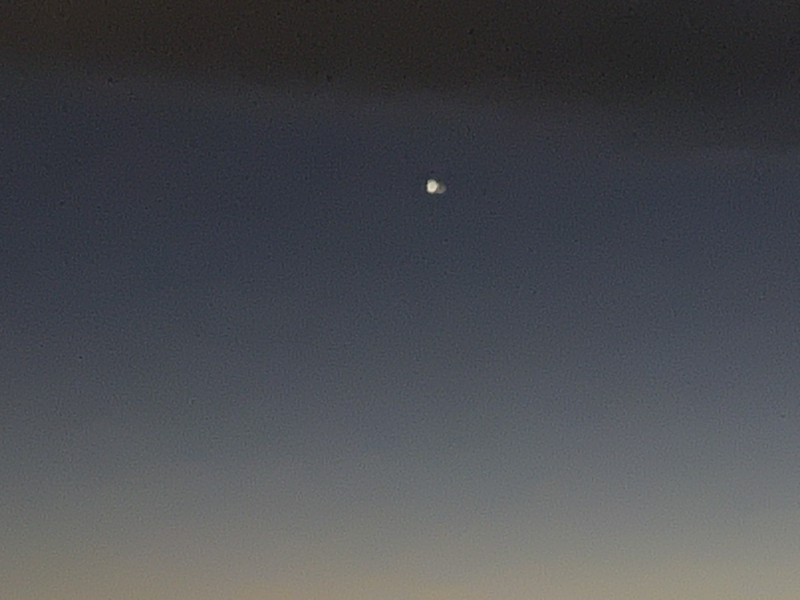 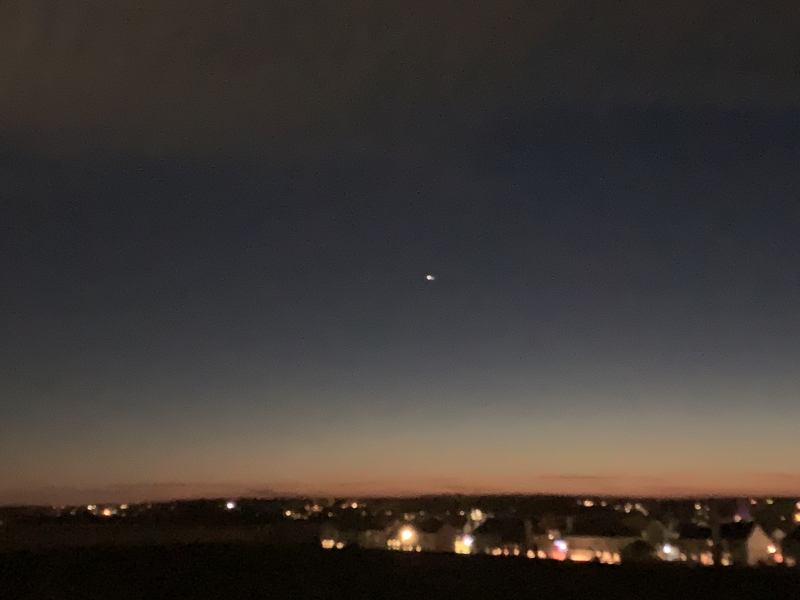 I'm trying to imagine how much brighter it would be in a more southern sky with no artificial light at all.

Dec 21
I know I’m gonna miss having a pre-planned blog post ready to go every week. But, right now, I’m soooo happy I won’t ever have to type “#minimusicmonday” again. I never get it right the first time. And autocorrect hates... 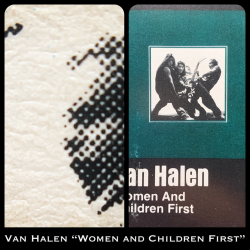 Dec 23
I hope you’ll forgive me for not posting my Kevin’s 7: Music list today as I was scheduled. My brain feels like... ...and I just want to crash. I’ve still got another week, right? 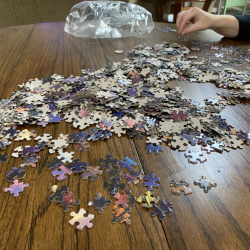 It was a little underwhelming, don't you think? There should be some shooting stars tonight.

I wasn’t underwhelmed at all. Sure, bigger would’ve been better but what are the odds without a telescope? This is about what I expected. --

Whenever we'd visit my husband's family in Arizona, I would just marvel at the night sky. You can see SO MANY more starts out there than I can ever see here, even on a clear night. It was almost eerie just because of how unusual it was. The only time I've ever been able to see that many stars in Illinois was back in my twenties when I visited a boyfriend at University of Chicago in Champaign. Proof there's a lot of light pollution out where we (and you) live. :(

Too much light pollution. Way too much. --