A few weeks ago, my brother contacted me to ask if I was interested in taking back my old Van Halen concert shirt.

I bought a Van Halen shirt during the ‘91 Carnal Knowledge tour but had lost track of it and assumed it was gone forever. According to my brother, I gave it to him.

I... I... I... Of course I said “yes” about getting it back. I knew there was no way I could still wear it. As most shirts were back in the 80s and 90s, I was certain it was made too short and shrank upward in the wash. But the memories!

He gave it back to me last weekend. 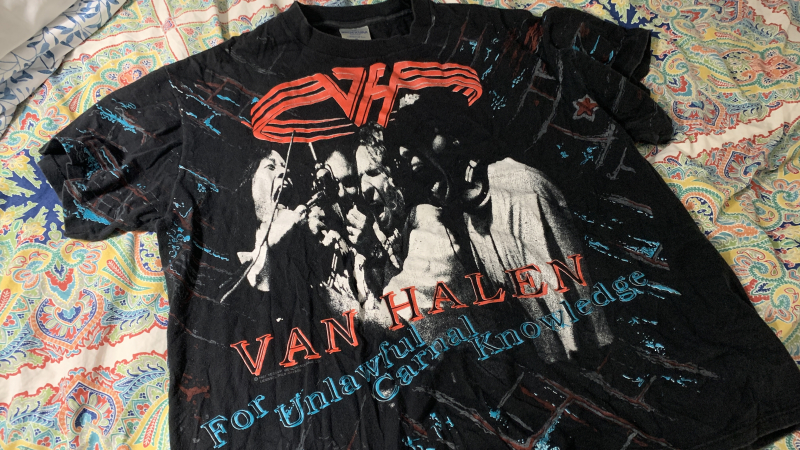 Oh yeah, way too short. But sooooo cool! All four guys from the Sammy Hagar era clustered around a mic. Same thing on the back, too.

I wore this shirt to what I thought was death. And now it’s alive again! Welcome home, old friend.

Feb 10
Fourth straight late night of work in a row after having a couple last week as well and some more may happen in the near future. Katie's had anywhere between 5-20 extra hours over her normal full-time load the last... 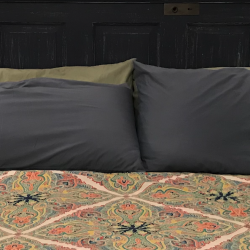 Feb 12
It seems to me that if you plow a parking lot and all that remains are snow, ice, potholes, and chunked-up globs of asphalt instead of smooth, clear surface, then, it may be time to consider tearing up the lot...

That short is really cool. I wish I had seen Van Halen with Hagar (Van Hagar). I got close with the August 3, 2004 date here in SLC, but it was not to be.

I’m never sure if I should call them “Van Hagar” because that is traditionally used by Van Halen fans as a pejorative. Maybe that has softened with time. And I knew what you meant, shirt vs short. Heh.