I’ve been a fan of the French electronic duo Daft Punk since I discovered their debut album Homework back in 1997. It was chock full of amazing sounds and it never got old.

I bought their next couple albums in 2001 and 2006 and enjoyed every last synthesized note.

Then in 2010, they released their soundtrack to the film TRON: Legacy, an album that I’ve always returned to when I need some comfort tones. Gawd, it was amazing. So was the remix version of it.

This streak of amazingness continued with Random Access Memories in 2013 with the hit single “Get Lucky.” You know you’ve heard it. It was everywhere.

You can’t argue that they weren’t very meticulous with their sound and their output. If they didn’t have something of which they were proud, they didn’t force things. Everything was organic and perfect.

I assume this might be part of the reason why, after 28 years, the band is calling it quits.

They’re doing it in pure Daft Punk fashion, too, with a video that seems to be eliminating any hope of a reunion. It’s truly beautiful and heartbreaking in an odd way.

Sure, I would’ve preferred a farewell album but this is still nice and it’s making me want to put all their albums on a cycle.

Me? I’ll hold out hope for a reunion. LCD Soundsystem was never supposed to get back together either.

Feb 22
My Sister-in-Law Jen was first to nail last week’s challenge photo with one of the greatest movies ever made... Tombstone! I still think Nathan’s mind is gonna be blown when he’s older and realizes that Santa Claus (The Christmas Chronicles)... 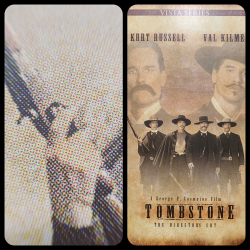 Feb 24
I remember reading all the stories back in the day about how Ben Affleck, while married to Jennifer Garner, ruined her friendship with 13 Going on 30 costar Mark Ruffalo. It sucked because, let’s face it, those two were just... 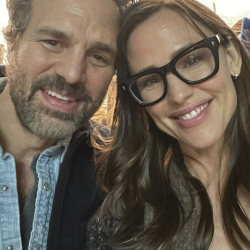 I still listen to the TRON: Legacy soundtrack. Such a good album.

That TRON: Legacy soundtrack is amazing. I have to admit while I like their music, I never got into them big time. I think my most recent favorite DP song is "Doin' It Right (feat. Panda Bear)"

You make a great point with LCD Soundsystem.

I never trust break-up/retirement announcements. Everyone wants money, in the end.