Korean Dalgona (whipped) coffee has been making the rounds online during this pandemic. It's a simple recipe wherein you whip together equal parts instant coffee, sugar, and hot water (usually like 1 tablespoon of each) until it is all dissolved and is creating very firm peaks almost like a pre-meringue.

I've watched several videos featuring people making this and they all are totally ga-ga for it. I've always wanted to try it, but was afraid of what would happen if I hated it and was summarily stuck with a jar of instant coffee, the likes of which I'd probably never drink otherwise.

But then I finally found a jar of instant at Aldi a month or so ago for only a couple bucks and figured, why not??

On Tuesday, I took the plunge and made it. I really wish I recorded video of it, but I figured I'd try it out first and see what's what before I committed to a video.

Here's the finished product mixed into a glass with ice and milk... 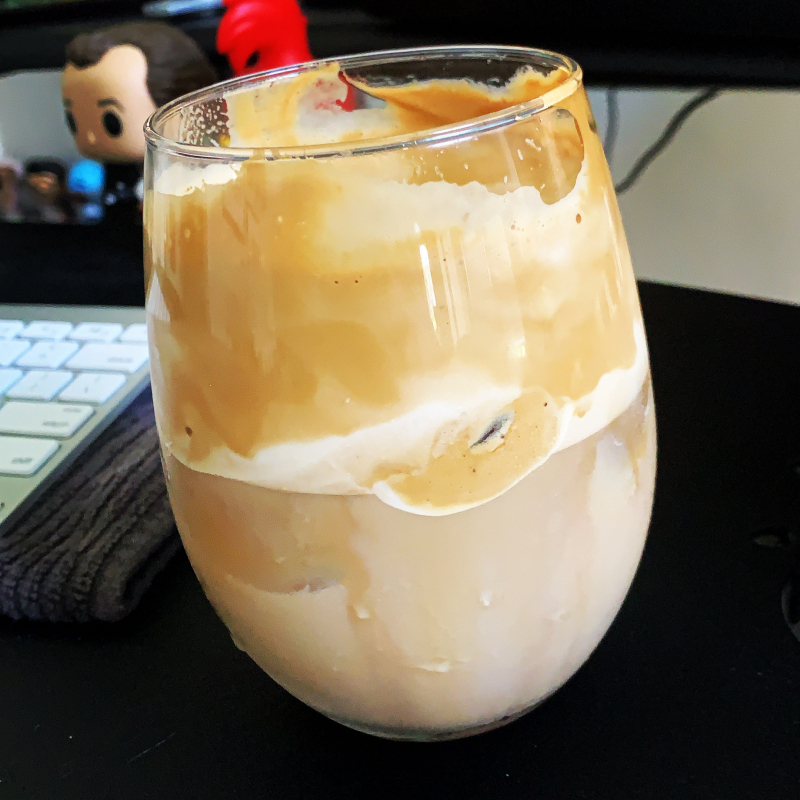 And here's how strong that whip is... 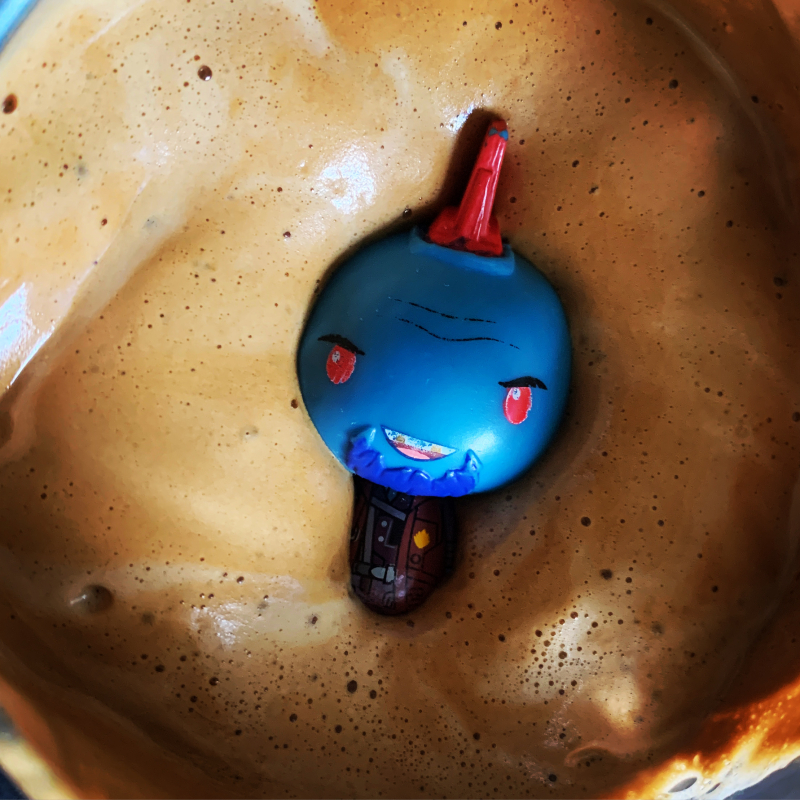 Even after being watered down with ice and milk, it was still firm enough to hold Yondu afloat! That's pretty darn firm.

The taste? Oh it's fantastic! I love the semi-smokiness of it all. Maybe that's more the result of the type of instant coffee I selected, but it was really good.

The catch? IT WAS SO DAMN CAFFEINATED I WAS ALMOST LITERALLY BOUNCING OFF THE WALLS!! According to my sister-in-law, my brother was hooked on Dalgonas and drinking them daily until his doctor told him to stop. I only had the one and could totally relate. My heart was beating out of my chest. My Fitbit reported my heart rate to be 120 bpm... three hours after I stopped drinking it (I didn't even think to check my heart rate while I was in the major throes of the high). That Tylenol with caffeine Katie gave me a month ago? Yeah, it has nothing on Dalgona coffee.

Will I drink it again? Sure, but I'm gonna have to wait a long time before I do it. This is going to be a once-in-a-blue-moon treat that I'll have when I'm dragging ass so badly that I have no other choice. Here's hoping the instant coffee doesn't expire.

Apr 15
There’s a little HVAC place a couple towns south of us that always has really cute signs out front. Sometimes inspiring, sometimes insightful, often humorous. I love driving by the place to see what’s up. About 10 years ago, I... 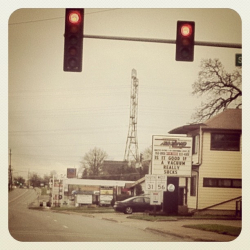 Apr 17
It only took me three and a half months, but I finally worked my way through the nine-episode standalone season of WandaVision on Disney+. It was, um, interesting. Very disjointed and all over the place but still so unique that... 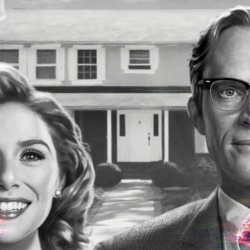