It only took me three and a half months, but I finally worked my way through the nine-episode standalone season of WandaVision on Disney+.

It was, um, interesting. Very disjointed and all over the place but still so unique that I found it enjoyable.

Basically, Wanda Maximoff (Elizabeth Olsen), in her grief over the murder of her true love Vision (Paul Bettany) at the hands of Thanos, has carved a utopian society in the middle of New Jersey where she and her “family” can live as though life were an old sitcom.

Of course, her utopia is interrupted by S.W.O.R.D., a government agency that wants to control her power knowing that she cannot.

So the show vacillates back and forth between her sitcom society and the real world where agents want to get in her heavily controlled space.

Olsen is incredible in the show. She finally gets to do something with her character that the movies restricted her from doing. Also of note in the show are Kathryn Hahn as Wanda’s nosy neighbor Agnes, Teyonah Parris as Capt. Monica Rambeau who is one of the only agents who gets inside, Randall Park as FBI agent Jimmy Woo, and Kat Dennings reprising her role as scientist Darcy Lewis from the first two Thor films.

If you haven’t watched it yet, give it a shot. It’s odd but cool.

Speaking of Kat Dennings and the first two Thor films, I’m proud to say I can finally mark off one of the two films I had not yet seen from my MCU rankings... Thor: The Dark World (the other is Doctor Strange).

I like the character of Thor. I like Chris Hemsworth’s portrayal of Thor. I cannot, however, say I was a huge fan of the original film. It was dry and a bit dull and generally unenjoyable. Even after watching it a second time, it still wasn’t great.

So, of course, watching the sequel that many say was inferior to the original wasn’t high on my must-do list. But I finally did it anyway.

Yeah, it was still weird. Sure, there were lots of battle scenes, a ton of Loki (Tom Hiddleston) who steals any scene in which he appears in the MCU, and some more Jane Foster (Natalie Portman). But none of that was enough to make up for a horrifically lackluster story.

Thankfully, Taika Waititi came along and assumed the reins and turned the Thor films from duds to studs with Thor: Ragnarok, one of the best films in the entire MCU, and will keep it going with Thor: Love and Thunder, which is promised to feature Jane Foster becoming the God of Thunder.

Hopefully I will soon tackle and review both Doctor Strange and Falcon and the Winter Soldier and add them to the rankings.

Apr 16
Korean Dalgona (whipped) coffee has been making the rounds online during this pandemic. It's a simple recipe wherein you whip together equal parts instant coffee, sugar, and hot water (usually like 1 tablespoon of each) until it is all dissolved... 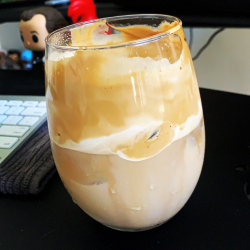 Apr 18
In our backyard, we have a berm that provides a modicum of physical separation between our property and the train tracks that are on the other side. There is no safety fence or sound wall, just the berm. Technically speaking,... 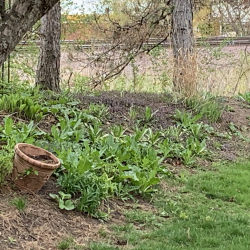 I was bummed by Wanda Vision, but I'm happier with the new Marvel show :) I think Wanda got ripped off.

The weird thing about WandaVision is that it has very few story ties to the greater MCU. They could deny it ever happened and remove it from Disney+ forever and it would have very little effect on the universe. That’s kinda sad. --

I'm glad I stuck with Wandavision. After the first 2/3 episodes I was like "what the hell am I even watching?" and I'll be honest, it wasn't great. But it ended well and redeemed the disjointed beginning.

The Falcon And The Winter Soldier is more of your standard Marvel Captain America six hour movie. Which is not a bad thing at all. I'm liking it a lot so far. Only one episode left so I hope they stick the landing.

Once WandaVision had that IRL episode with Darcy and Woo and Rambeau, it all started to click and that’s when I started liking it. --