Y'all know what a "deep fake" is, right? When AI is used to create photos or video or audio content that is so real that it's almost impossible to question its authenticity. Sometimes it's used for nefarious purposes like making it seem as though a political candidate has said or done something they haven't.

But it can also be used for fun or creative purposes.

Take, for instance, the Lost Tapes of the 27 Club.

The 27 Club, for those not in the know, is an infamous group of creative types of people who all died at the age of 27. I always thought it was reserved for musicians, but it's apparently been expanded recently to include actors and artists as well. Shockingly, there are a lot, but I somehow doubt, if you truly worked out the statistics, that there are that many more creatives who died at age 27 than at any other age after they've become professional performers.

Back on track, though, some of the more renowned members of the 27 Club include blues guitarist Robert Johnson, Rolling Stones cofounder Brian Jones, Jimi Hendrix, Janis Joplin, Jim Morrison of The Doors, Nirvana's Kurt Cobain, and Mia Zapata, as well as more recent "inductees" Amy Winehouse and actor Anton Yelchin of the Star Trek reboots.

"Lost Tapes" simply refers to the concept that there is music or other art created by individuals that never sees the light of day. In the case of the Lost Tapes of the 27 Club, it never saw the light of day because, well, it never existed in the first place.

So how's that work? Well, LTot27C used artificial intelligence to do a deep dive of each musician's entire available library of music and then tried to create new hooks and melodies based on that knowledge gained to write what might be one of their next songs had they lived.

Some of it's pretty cool, some of it not so much. Currently, there are only four songs in the playlist and I can only assume more will be added as the AI is run on other discographies.

For right now, though, we have:

Yes, since none of these are actual songs by the artists and I'm sure their estates would prefer to not lay claim to them, I oh-so-cleverly added in "AI" to their names where I felt possible to make clear the distinction. I'm good, aren't I? Better than how LTot27C doesn't identify them at all.

Personally, I kinda love the Kurt Cobain and Amy Winehouse tracks. Musically and vocally, they sound spot on. The Hendrix track is so vocally muffled by effects that you can barely hear his voice but it sounds decent musically although the title doesn't sound like something Jimi would use. The Jim Morrison one, though? Ick. Sounds like they hired some schmo off the street to sing and it sounds nothing like Jim or the band.

What do you think?

Apr 5
Okay, I admit it may seem like a bit of nitpicking to make sure you, as a contestant in #MiniMoviePosterMonday (or any of my macro challenges, for that matter), put the full title of the movie in your guess. But... 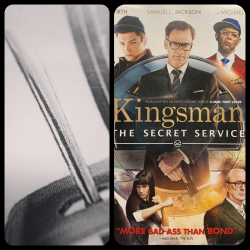 Apr 7
Awwwww, yeah, boyyyeeeeeeeeezzzz! The details and release list for the first two days of Record Store Days 2021 were released today! Of course, as you'd expect, there are a metric ton of records coming out. Re-releases, exclusive releases, etc. To... 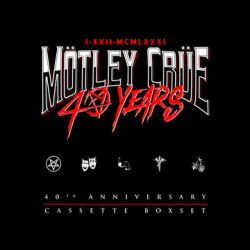