I realized something the other day as I was listening to Corbin Reiff's book Total F*cking Godhead: The Biography of Chris Cornell, I think music memoirs and biographies might just be my favorite genre of book.

I started picking through my Goodreads list of reviews and realized I have read nine music-related biographies and memoirs, mostly about bands, but a couple about the industry itself. Five of those nine are in the last 12 months, alone.

The first one I read was all about Tupac Shakur and while it was decent, I didn't appreciate the author's unapologetic gushing over the artist. Got a bit annoying. The second was Rock On and was a sort of comedic/novelistic approach to the author's time working in the recording industry. I don't really remember much about it as I read it 13 years ago. Then came autobiographies by Patti Smith and Bob Mould in 2011, both of which were fantastic!

I started back in again last May with a critical examination of the hardcore punk music scene in the 80s and 90s by one of their own, Sam McPheeters. Then it was a multi-writer approach to the creation of the Megadeth album Rust in Peace that was really good although when listening to it as an audiobook, you can lose track of who's talking each time. Cross' Jimi Hendrix biography is one of many about the artist, but it had the most ratings available so I gave it a shot and wasn't disappointed in the slightest. Then came a book about the David Lee Roth era of Van Halen written by their former manager that I enjoyed immensely.

The most recent addition to the list is Godhead. I've never considered myself a big Chris Cornell or Soundgarden fan. I was hit or miss with his music taking issue with many of the same things for which he was beloved. I'm about 2/3 of the way through the book and have found myself with a new appreciation for the artist that has me looking up and listening to all his music as though for the first time.

I need more! Got any recommendations? I'm considering a Led Zeppelin book next, but we shall see.

Apr 12
I think my old friend Stacy is starting to find her stride with #MiniMoviePosterMonday. I think she’s gotten at least two or three in the short time I’ve been doing this. The latest being the amazing Waitress starring Keri Russell... 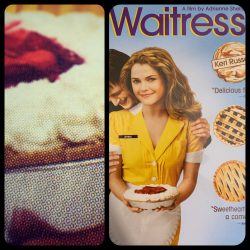 Apr 14
I had to run to my accountant’s office today to pick up my tax forms. It was a chance to get out of the house for a bit and lord knows I needed it. On the way back, I accidentally... 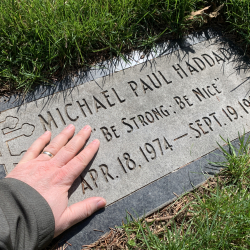 I read Slash's autobiography in 2008 and thought it was good.
https://www.goodreads.com/book/show/1970449.Slash

I'll have to keep that one in mind. Thanks!

If you want to go off on a tangent _slightly_, Fall To Pieces by Mary Forsberg Weiland is good. Covers not only her own life and the struggles therein but those of her husband Scott Weiland as well.

That sounds right up my alley! Thanks.--