If you could have any 10 musicians who have died back, who would they be?

Of course I have favorite musicians who have died. Of course I miss many who are gone. I guess if I were to want a return of any 10 artists, the list might look like:

Jimi Hendrix - he was too prolific in his short life that I’m certain his production would have continued for quite a while.

Amy Winehouse - too good and too young.

Chris Cornell - he was dabbling in too many projects and I feel he had a lot left in him. I think if he’d received the proper help, he could’ve gotten to a better place.

Michael Hutchence - I miss his voice too damn much even if later INXS albums weren’t quite up to snuff.

Randy Rhoads - he had too much left in him and the death was too tragic.

Jam Master Jay (Jason Mizell) - another taken by tragic circumstances who had too much left to offer.

Andrew Wood - he was all kinds of messed up on drugs but I feel he could’ve turned things around.

David Bowie - he wasn’t excessively prolific in his last couple decades but he was doing what he wanted on his own terms. I respect that.

Eddie Van Halen - cancer sucks. That is all.

I could do lists of 10 at least four times over.

Apr 26
As it turns out, I had a husband and wife tagteaming for the answer to last week’s #MiniMoviePosterMonday. Good thing they got it right or I wouldn’t have let them live it down. For this week’s challenge photo, the Real... 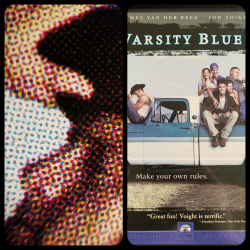 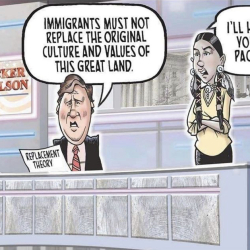 I would love to see all of the Bee Gee's and Karen Carpenter resurrected. Such great talents gone way to soon.

How many Bee Gees are gone?

As for Bee Gees, only one remains: Barry.

The idea just suddenly came to me one night. I knew I had to do it. Steal away!