Tonight, due to a lack of stuff to watch and the regular TV season coming close to wrapping up, Katie and I decided to go back and rewatch J.J. Abrams' breakthrough series Felicity with Keri Russell, Scott Foley, and Scott Speedman.

Early on, when Felicity first arrives in NYC, you see her approach a residence hall and the awning over the entrance read Kelvin Hall. The name struck me immediately because I love the Abrams alternate timeline/reboot of the Star Trek film franchise. I remembered that the series is referred to as the "Kelvin Timeline" because it was the Romulan time-travel attack on the USS Kelvin, helmed briefly by James T. Kirk's father, George (Chris Hemsworth), that caused the rift and splintered the universe into a new timeline.

This made me wonder...

Katie and I are rewatching Felicity. First ep shows her walking into Kelvin Hall at UNY. Felicity is a @jjabrams show. His take on Star Trek is known as the Kelvin Timeline because of the USS Kelvin captained by Kirk’s father. I wonder where else “Kelvin” plays into Abrams lore.

Apparently I didn't need to look hard as it's already documented on the web.

Kelvin is the surname of J.J. Abrams' maternal grandfather who apparently had a big influence on the kid because he gets namedropped a lot. I mean A LOT. Check it out:

I know that, like so many other directors, Abrams likes to re-use cast members from one project to the next, most notably Greg Grunberg, but I gotta say that the Kelvin references are so much cooler and I'm going to have fun looking out for them. Assuming he still does that. Although I don't know why he wouldn't.

May 4
Yesterday, I finished watching all six episodes of the first season of Disney+ and the MCU’s The Falcon and the Winter Soldier. I thought it was fantastic and loved nearly everything about it. But what stuck with me the most?... 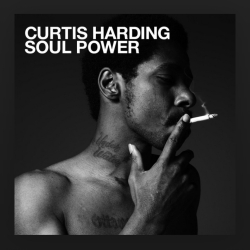 May 6
Apparently May 2011 was rife with food and drink throwbacks and I indulged in a couple. Now I’m craving some more of those Doritos! 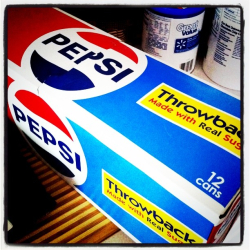 Must watch Super 8 again. Love that 80s kids having an adventure vibe. Which is also why I loved watching Stranger Things.

I need to give Super 8 another chance because I did not like it when I watched it. Not at all. And I can’t, for the life of me, remember why.