Yeah, so I kinda knocked it outta the park in May with my reading. Dangerously so. I jacked the bar so high that I’ll never be able to keep pace in June.

Once again, I did dump one book from my list. I just got too bored by it. So here’s what I planned to read…

Here’s what I wound up reading…

See what I mean? 12 books?!?! I read 25% of my annual reading goal in a single month!! There’s no way I can keep that up especially given some news I’ll be announcing in another day or two.

Yet, for June, I will try to read:

Gino Wickman’s Traction: Get a Grip on Your Business…

The last four on this list are not owned by me and are wholly dependent upon library loans so they may be replaced if they don’t come in within some semblance of a decent time frame. Man, that could really jack things up, couldn’t it?

Tune in next month to see how this goes. I’m curious, too.

May 29
Over the last half year, we’ve gotten new neighbors on both sides of us and, while we’ve met them, our time spent with them has been zero otherwise. They’ve all been rather hermit-like. What makes it sadder is that the... 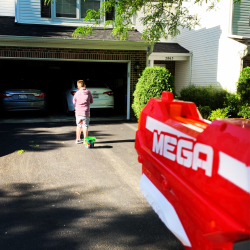 May 31
Okay, so last week’s #MiniMoviePosterMonday wasn’t without a little hiccup. As I stated, I wanted to end Christa’s winning streak, which was at three. So I posted the challenge photo and she made a guess. It was, technically, correct albeit... 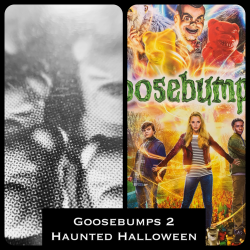