For the last several weeks, I’ve been making it a point to go out nearly daily for walks or bike rides.

One of my favorite places to go is a walking path through a prairie that surrounds our gym. It’s a new path having just opened last year, but I love it.

This morning I started by walking to the path head near our house and headed down one of the longer routes. Pretty early on, I came across this (sorry the photo is so blurry)… 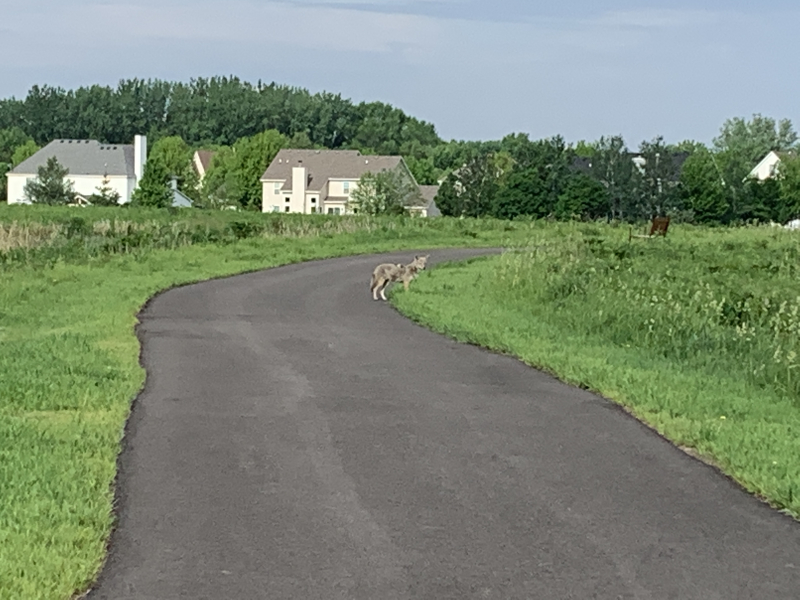 I think it’s a coyote but I’m not very well versed in species identification. I kept walking toward it and it just looked at me, danced around a bit, and then sauntered off to the left of the picture and out into the prairie.

I try to vary my route a little each time just to change things up. One of the things I’ve done most recently is to cut up a grass trail that goes by a pond and dock that I like to stop on for a breather. 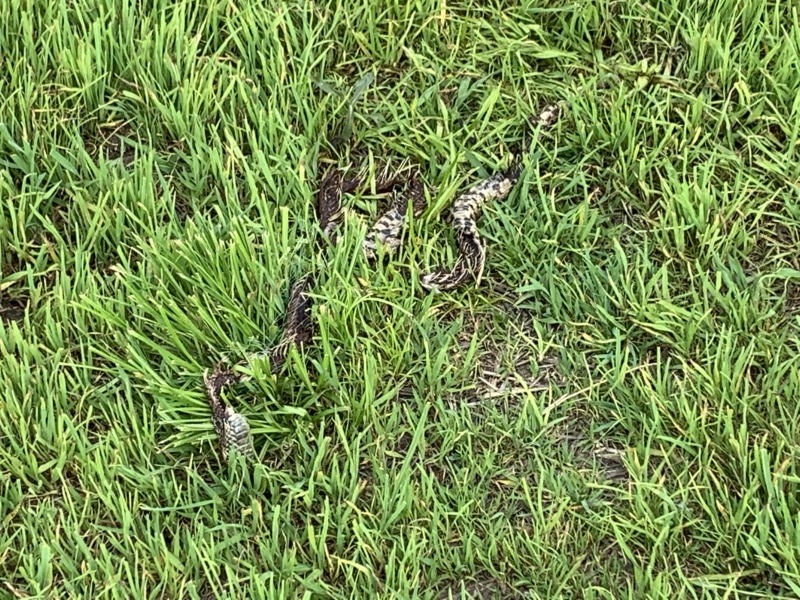 It’s a snake corpse. Again, I cannot identify the species but it was missing large chunks of flesh and you could see the cartilaginous spine in many parts. Stretched out, it would’ve been about three-and-half feet long.

It was at that moment that I jumped off the grass trail opting instead for the pseudo-safety of concrete. They say where there’s one snake, there are others. I’d rather not prove that theory correct personally.

May 24
Christa is on a roll with #MiniMoviePosterMonday. Three in a row including last week’s. It’s time to get tough! Let’s see if this one does the trick. See you in a gummy seven. 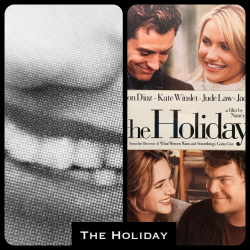 May 26
Has anyone else on Instagram ever had it happen where they take all kinds of time composing a photo to post, then you post some random repost or screen capture that takes zero effort, and what do you think happens?...

Heh, wildlife! Here in the desert we have a few as well. I've seen a couple Coyotes pass by the back of our house. And we have Rattlesnakes waking up now that summer is here. Keep your eyes peeled!

Coyotes are no big deal so long as you don’t have a small animal you’re walking. Rattlesnakes, though? No thanks!