Today, we went on our first family theater outing since the opening weekend of Disney/Pixar’s Onward in March of 2020. We saw Disney’s Cruella, the live-action origin story of Cruella De Vil from 101 Dalmatians. 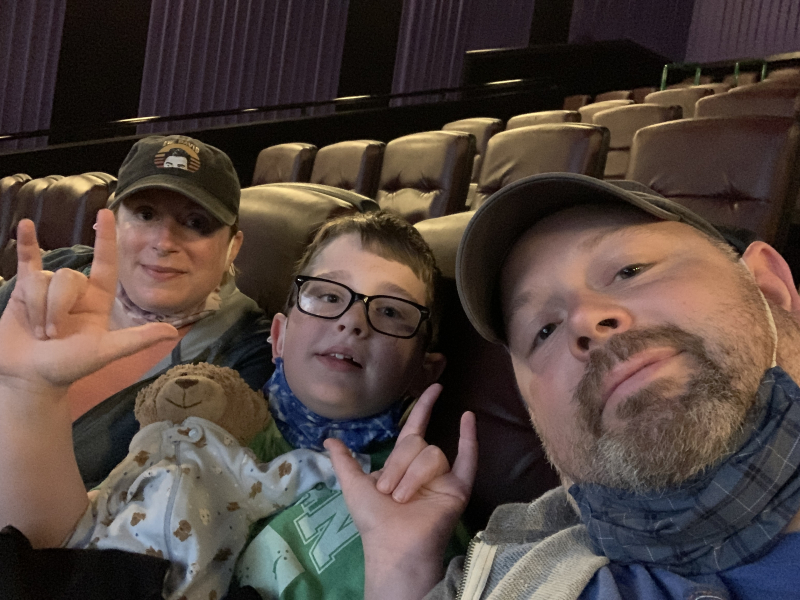 I’m not here to review it at all other than to say we loved it. But this was also our fourth time watching it as we’ve had streaming access since it first came out a few weeks ago. We enjoyed it so much that we paid to see it in theaters even though we could stay home and watch it.

That’s when we realized that in a theater, our attention is much more focused. At home, we’re distracted by any number of things… phones, tablets, books, comfy couches, anything basically.

That might go far to explain why I didn’t relate to movies at all last year. I just wasn’t paying as much attention to them being forced to watch from home as I otherwise did pre-pandemic.

This isn’t to say that I want to make a full return to theaters again. Not just yet. But I will see some. And we will see some more as a family.

Posted in Entertainment, Me & Mine | Permalink | Comments (0)

Jun 25
Katie and I are big fans of the 2019 version of Charlie’s Angels directed by Elizabeth Banks and starring Kristen Stewart, Naomi Scott, and Ella Balinska. It was a lot of fun and we watch it often, despite it being...

Jun 27
Contrary to what I may have said previously, it looks like we are going to a theme park while we are in California next month. And the winning choice? Disneyland. We're even going to try to do both parks in...