We discovered that we were lied to by whatever site it was that said we could use those 13-year-old forever passes we got at Disney World for our trip to Disneyland. I mean WTF! It's on the web, so it must be true, right??? (le sigh)

After waiting on hold for two hours with Disneyland ticketing to figure out how we would cash those in and buy a separate pass for Nathan, I finally got through to someone who said the parks work on two totally disparate payment systems. So the only way to make it work would be to contact Disney World and ask for a refund and then apply that refund to our Disneyland ticket purchase.

Who knows how long that would take and how much money we would lose in the process since these tickets are not only 13 years old but also were cheaper due to us buying them in bulk. So we'd walk away owing more than if it were just a direct transfer. We'll save the tickets for a Disney World trip in the future. I'm sure it will happen.

We're still going to go to Disneyland, but we'll pay out of pocket for all three of us to go to both parks. I wish we could do it all in one park, but Nathan likes his Disney villains, which are at one park; we all love Marvel, which is at the other park; and who the hell knows where my Star Wars fandom will receive its due. Jul 1
30 days up, 30 days down. And just as quickly, we’re into the second half of 2021. 1. Music Play: Aside from Opus Science Collective, which was very reminiscent of a lot of the tracks that would have appeared on... 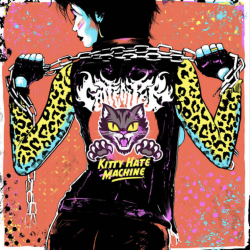 Jul 3
How often do you find yourself watching something that you know is gonna be bad, that just reeks of pure camp going in, yet, for some odd reason, you wind up loving it anyway? That was Prime’s Tomorrow War for... 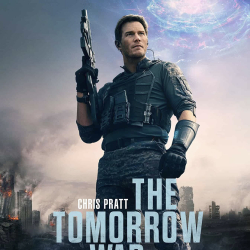