I love when government agencies aren't on the same page internally.

I had submitted some documentation electronically the other day to a government entity because the original copy I sent was expired. This was no fault of my own. At the time I submitted it, I knew it was expired, but it was from another agency (Secretary of State) that had been so heavily affected by COVID in the last year and a half that they had decided that public safety was more important than document expiration dates and decided to just wholecloth extend the expirys by a year to make life easier for us.

Well, apparently other government agencies didn't recognize this change and needed the updated docs. I got them and submitted them. However, the first person I spoke with who walked me through the submission process didn't tell me there is a processing time for those electronic submissions. So, I scheduled a callback with the agency to confirm receipt later that same day. I received that callback about five hours later at which time the rep told me that it can take four to six hours for the submission to process.

So, I scheduled another callback for the next day so it would be 24 hours from the time at which I submitted them. That rep told me it can take 24-48 hours for them to process.

What??? I don't mind waiting. That's not the problem. I've been waiting three months already for all this to be TCO. But can you all at least get on the same page both intra-agency and inter-agency so you have the same party lines? Both in terms of the expiration dates being extended and the line of garbage about submission processing? It's just kinda ridiculous.

I guess if I want the real answers, I know where to look...

Aug 16
I was pretty happy that my friend Mike H. guessed last week’s #MiniMoviePosterMonday correctly. After all, it was from a franchise he loves. This is a polar opposite from the last in terms of genre. But it’s a cult classic... 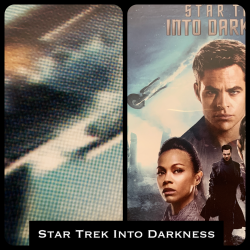 Aug 18
Do you remember me mentioning during my whiny writer’s block post about how I want to “just make it to this coming Wednesday”? Curious why? Well, it’s because today is the seventh anniversary of me posting to my blog every...

Isn't that a shot from Indiana Jones and the Raiders of the Lost Ark at the very end of the movie?

Yup! I love using that where government is involved.

Yours is in that box to the right. No not that one, the one behind it.

No, the one behind that.