If you've read my blog at all, you know I'm a fan of the Matt Fraction and David Aja Hawkeye comics. Heck, I've read the first half of the series three times and finally finished the entire series a few months ago. They're not perfect comics, but they're pretty damned good.

And now that world is merging with the rest of the Marvel Cinematic Universe in Disney +'s new series Hawkeye that starts November 24. Jeremy Renner is reprising his role as the world's greatest archer, but with Hailee Steinfeld coming on board as Kate Bishop, a fellow archer who begins working with the legend.

Just in the trailer, I notice how much this veers from the comic storyline, but they had to make some concessions to allow Fraction's storyline to work within the already developed character history established in the Marvel films. Particularly about Barton having a family and the uncertainty of his continuing on with the Avengers. None of that was ever really addressed in the comics, but it cannot be overlooked here.

But the show seems to have several of the comic baddies, a lot of the humor, and a metric ton of action and comedy. I would totally pay to see Rogers: The Musical. We even get Lucky the Pizza Dog!!! Just tell me we'll get a full episode from Lucky's point of view. How cool would that be?

Whatever the case, I'm fully on board because it just looks so darned good!

As always, Make Mine Marvel!

Sep 15
Nathan had an orthodontist consultation. This is the first of two consultations we have scheduled to deal with a tooth that has refused to come loose for a couple years. better to have two opinions and the consults are free.... 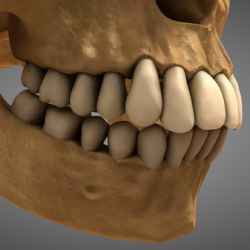 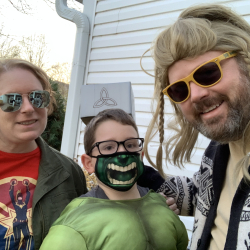